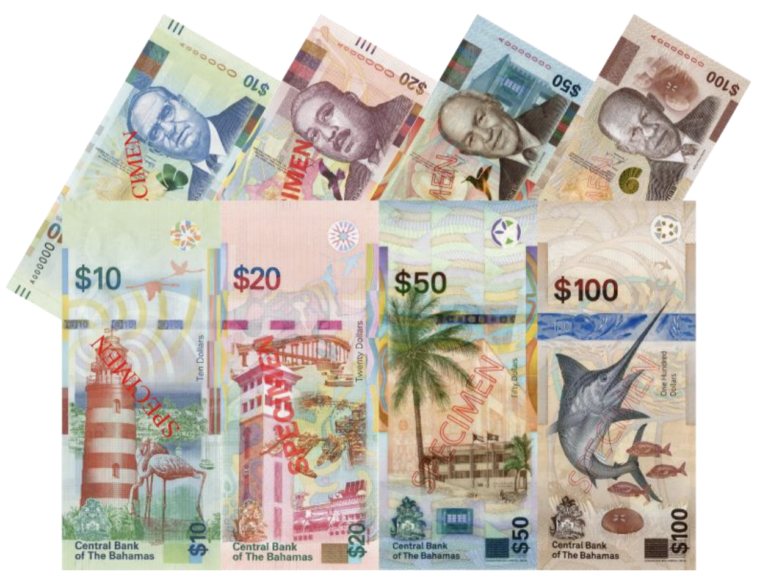 CRISP Evolution banknote series B$10 through B$100

NASSAU, BAHAMAS — The Central Bank of The Bahamas is honoured to announce that it has been awarded the prestigious Regional Banknote of the Year—Best New Series Award for its CRISP Evolution family of banknotes.

The award was announced on 15 March, 2022, at the High Security PrintingTM Latin America Conference in Mexico City, Mexico.

Deputy Governor Derek Rolle accepted the award on behalf of the bank.

He said the CRISP Evolution family of banknotes represents more than nine years of work, including countless hours contributed by dozens of industry professionals both inside and outside the Central Bank.

When the Central Bank began this project in 2013—as the successor to its CRISP family —its objective was to provide the Bahamian public with more durable and secure banknotes, incorporating Bahamian culture with a more modern perspective.

The initial conceptual designs for the family were provided by Orell Füssli Security Printing, Switzerland. The $10 and $20 designs were then adapted and printed by De La Rue Currency, UK; the $1 and $5 by Giesecke & Devrient, Germany and Orell Füssli, Switzerland, respectively; the $1⁄2 and $3 by Oberthur Fiduciaire, France; and the $50 and $100 by Canadian Bank Note, Canada.

The Bank would also like to recognize the invaluable efforts of Landquart AG, Switzerland and Crane Currency, USA for substrate-thread integration on the $50 and advisory support for the $100; SICPA SA, Switzerland for its many products and services; and Secura Monde International, UK for pre- and post-print compliance testing.”

The Central Bank thanks the public for its continued support and its positive feedback on the new banknote family. The public can expect future adaptations to its banknotes to further enhance security and durability, and to refine designs over time.

For additional information on our CRISP Evolution family of banknotes, please visit the Central Bank’s website at www.centralbankbahamas.com/banknotes, and visit the Google Play and Apple App stores to download the Bank’s banknote app, ‘CBB Banknote MAP’.