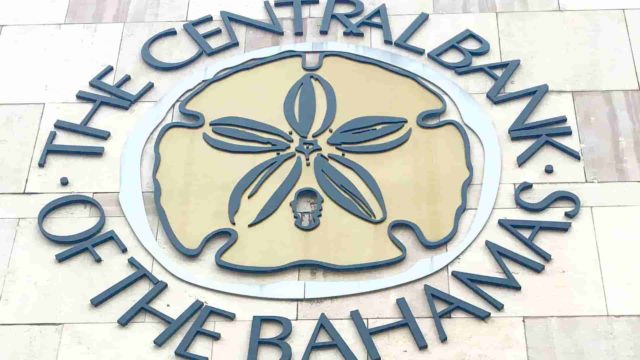 NASSAU, BAHAMAS – The Bahamas’ economy continued to experience “upward trajectory” in February as an increase in long-stay visitors underpinned by improvements in the tourism sector, and foreign-led investments projects shored up activity in construction, according to data from The Central Bank of The Bahamas.

“Expectations are that the Bahamian economy will continue to exhibit positive trends over the near-term, amid sustained growth in the tourism sector and impulses from foreign investment-led construction activity,”

“In this context, gains in employment are anticipated to be maintained.

“In addition, domestic inflation should remain relatively subdued, however, the rate is expected to stay mildly elevated over the short-term, reflecting the pass-through effects of the increase in VAT rate and higher oil process.

“In the fiscal sector, the government’s efforts to improve its deficit and corresponding debt indicators will remain contingent on the successful implementation of measures to improve revenue administration and restrain expenditure growth.”

According to the report, preliminary data from the Bahamas Hotel and Tourism Association, which used a sample of hotels in New Providence, showed an expansion in room revenue of approximately 48 percent in January.

“This outcome was underpinned by gains in both the number of room nights sold by 36 percent and the average daily room rate (ADR) by 9.4 percent to $265.39,” the report states.

In late February, Baha Mar’s occupancy level was over 90 percent.

That trend was expected to continue well into this, according to Baha Mar President Graeme Davis.

The hotel is expected to construct a water park on the site of the Crystal Palace structure which was demolished late last year.

The resort and its executive team has focused efforts on increasing airlift.

Airlift to the destination in February was 26.4 percent higher than the same period last year.

The MEFD report noted that the increased airlift is indicative of ongoing economic improvement in the United States, a key source market.

The expanded air arrivals had a knock-on effect in the short-term rental market, the report indicated.

Short-term rentals saw a 20 percent increase in the number of rooms booked in February compared to the same period in 2018 — 18 percent in “entire place” and 42 percent in hotel comparable categories.

“In terms of pricing, the ADR (average daily rate) for hotel comparable listings, which is more consistent across period, firmed by 1.3 percent to $141.39,” the report read.

“An analysis of the major markets showed that for February 2019, the number of rental room nights booked in New Providence for hotel comparable and entire listing rose by 44.8 percent and 18.7 percent respectively.

In contrast, the average daily rate for entire place listings contracted by 11.1 percent to $257.56, while the hotel comparable edged-up to under one percent to $117.51.

In Grand Bahama, the number of room nights booked for entire place listing declined marginally as renters showed a preference for the hotel comparable category, which grew by over 54 percent.

The average daily price for both entire place and hotel comparable listing in Grand Bahama declined by 17.5 percent and just over seven percent respectively to $156.41 and $92.23.

Meanwhile, the MEFD said Exuma maintained its status as an “attractive Family Islands destination” with bookings for hotel comparable and entire place listing rising by 61.8 percent and 45.3 percent.

Abaco saw similarly increases with a 42 percent increase for entire place listings, and ADR increasing between 12.9 and 15.8 percent.

“Vacation rental trends also broadly strengthened over the first two months of 2019 as the total number of room nights booked across the archipelago advanced by 25 percent, reflecting gains in both the hotel comparable 46.1 percent and entire place 22.2 segments, with the ADR for the former up to 3.1 percent at $141.9 and the latter down by 1.8 percent at $328.87.