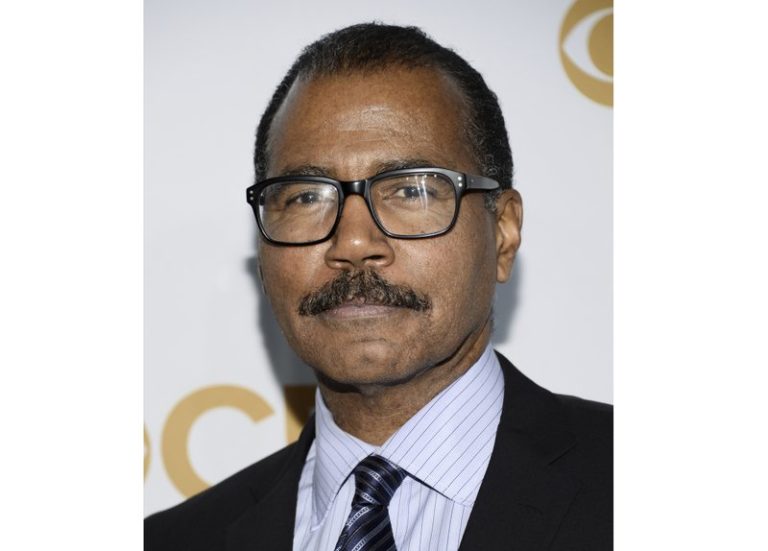 FILE - In this May 13, 2015 file photo, Bill Whitaker attends the CBS Network 2015 Programming Upfront in New York. Whitaker, who has done several stories on criminal justice in four years at “60 Minutes,” urged 44 men who earned college degrees Wednesday, June 8, 2018, while inmates at New York’s Sing Sing state prison to go “seize your place in the universe” with what they’ve learned. (Photo by Evan Agostini/Invision/AP, File)

OSSINING, N.Y. (AP) — CBS News’ Bill Whitaker has spoken at college commencements before, but never at one where most graduates weren’t free to leave with their families.

Whitaker, who has done several stories on criminal justice in four years at “60 Minutes,” urged 44 men who earned college degrees Wednesday while inmates at New York’s Sing Sing state prison to go “seize your place in the universe” with what they’ve learned.

Sing Sing sits on the banks of the Hudson River 30 miles north of New York City, the prison for which the phrases “up the river” and “The Big House” were coined. For two decades it has offered inmates the chance to earn a degree through Mercy College, and Wednesday’s class was the largest ever.

Whitaker has reported on conditions for the mentally ill in New York’s Rikers Island, about the nation’s busiest death row in Texas, on the different correctional approaches in the United States and Germany, and a wrongfully convicted man who served 30 years in a Louisiana before he was released with a $20 gift card. He said he relished the chance to speak to the types of people he reported on.

“You were kind of expecting Forest Whitaker, right?” the CBS newsman said in reference to the Oscar-winning actor.

Whitaker, who is black, said the nation’s prison system is “filled with people who look like you and me and your families.” Often, they’re treated unfairly and are at the mercy of politicians fearful of being seen as soft on crime. Only a handful of Wednesday’s graduates were not black or Hispanic.

That motivated Whitaker to tell the story of Glenn Ford, who died shortly after being released from prison in Louisiana, he said.

Whitaker said he was struck by a German prison official’s statement that if inmates are treated like enemies, they become the enemy. At the prison he visited in Germany, inmates are given keys to their own cells, prompting the head of the Sing Sing college degree program to joke to the warden about trying it there.

With their education, Whitaker told the graduates, “you can set yourself free, where it counts. Up here,” he said, pointing to his head. Three graduates, including the class valedictorian, have been freed physically and returned to Sing Sing to pick up their degrees.

Guests for the ceremony had to put many of their belongings in lockers, go through metal detectors and be ushered through two locked doors. But it was a joyous occasion, with shouts and tears. The inmates wore caps and gowns, and flipped their tassels when commanded by the Mercy College president.

“It was a moving experience,” Whitaker said before leaving. “I was very glad I came.”

This article was written by DAVID BAUDER, Associated Press writer.