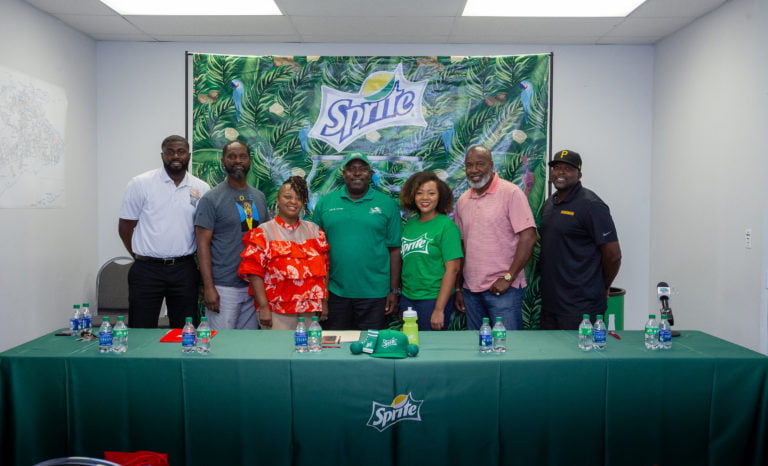 NASSAU, NP – The Caribbean Bottling Company (CBC) and the local basketball community had an exciting summer with a series of Sprite sponsored events. The Sprite Summer of Basketball included the Buddy Hield Hope Elite 24 Clinic and Summer Camp, the Sprite Basketball Tournament in partnership with the Royal Bahamas Police Force, Peace On Da Streets, the Kevin Johnson Basketball Summer Camp, and will culminate with the Hooping By The Park Tournament.

The Hooping By The Park Tournament, which will take place from Aug 1-5, will feature a number of divisions, including Under 16, Under 19, a Men’s League and a Church League. In addition to the tournament, there will be a Slam Dunk competition, and the Sprite sampling team will be on hand with complimentary samples and giveaways during the event’s closing ceremony on Aug 5.

Hooping By The Park Coordinator, Jabari Wilmott, noted that as a descendant of the Fox Hill Community, he wanted to engage the younger generation of the neighbor via positive activities. He added that the tournament was created “

with the idea to build a culture of togetherness within Fox Hill.”

“It is always exciting to see passionate, young Bahamians giving back to their communities, and we were happy to come on board as a beverage sponsor”, noted Nikia Wells, CBC Communications Marketing Manager. “Jabari, who is one of the organizers of Hooping By The Park, also noted that he was an alum of the Sprite Basketball Tournament several years ago. It is amazing to see all of these events come full circle, and a new generation also becoming mentors.”

Hooping By The Park will take place in the Fox Hill Park.