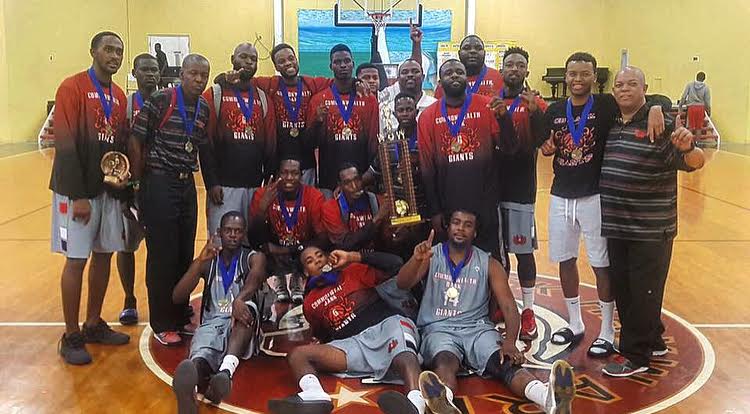 The Commonwealth Bank Giants basketball club won its second championship in a matter of weeks, going undefeated over the weekend in the Bahamas Basketball Federation’s (BBF) annual Round Robin Tournament in Freeport, Grand Bahama.

On the heels of a dominant performance in New Providence Basketball Association (NPBA) finals, the Giants pulled out an 86-80 win over the Fast Track Gym Rats, out of Grand Bahama.

Former Norfolk State standout D’Shon Taylor poured in 26 points, six rebounds and five assists in the win for the Giants. Michael Bain Jr. added 20 points and seven assists, and Jeffrey Henfield chipped in with 13 points off the bench.

Good ball movement was the key to the comeback win for the Giants, finishing with 22 assists on the night, compared to just 11 for the Gym Rats.

The Giants took a 78-73 lead with 2:46 remaining on a jump shot by Henfield. Bain came up with a steal on the following possession and hit a three-pointer on the opposite end to stretch the lead to 81-73.

Following a three from Trevor Bain, Henfield hit another mid-range shot that put the Giants back up by seven (83-76). Tehran Cox hit a pair of free throws with 10 seconds left that stretched the lead to six (86-80) and sealed the title for the Giants.

Trevor Bain led the way for the Gym Rats with 18 points on 7-9 shooting from the field. He also had six assists and three rebounds. Franklyn Petion had 13 and Desmond Butler, Keno Russell and Kiplin Fowler, each added eight points in the loss.

The Coca Cola Outreach Saints took the BBF Division II title, scoring a 68-63 win against the Young Legends out of Abaco.