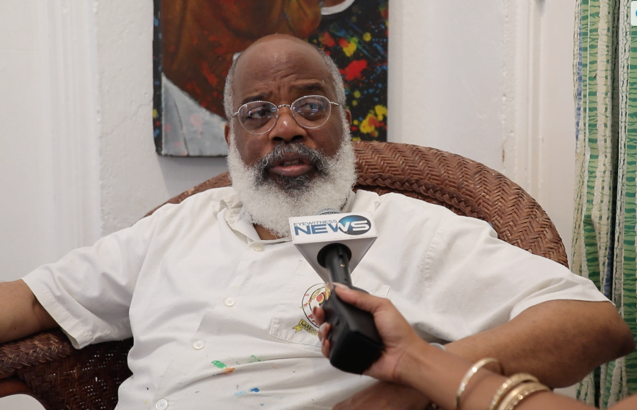 Burnside says he does not wish to speculate about firing, but has no regrets

NASSAU, BAHAMAS — Renowned Bahamian editorial cartoonist Stan Burnside said yesterday that the letter he submitted to family and friends detailing his departure from The Nassau Guardian was leaked.

Reflecting on the matter, which has stirred accusations of political victimization, Burnside told Eyewitness News that the leaked letter was a complete invasion of privacy, insisting that he never expounded on the matter to anyone outside relatives and friends.

“I never wrote to anybody except The Nassau Guardian,” Burnside said.

“I never spoke to anyone [on] social media about anything.

“That letter was leaked.

“That was a letter to my family and it was meant for their eyes only.

“After it was leaked, I had to write a letter to The Guardianto clarify.”

In the letter, which made the rounds of social media, Burnside wrote, “Dear Family, I write to inform you, before you hear it on the streets, that The Nassau Guardianhas decided to terminate my employment from the position as their Editorial Cartoonist.

“Don’t feel sad for me; I have had a long and successful run, not say bragging.

“From 1979 to the present, over ten thousand of my cartoons have been published by The Guardianand [The]Tribunenewspapers.

“I leave with my head held high and my dignity intact.

Contrary to suggestions in some quarters that he was fired over frequent submissions of cartoons depicting Prime Minister Dr. Hubert Minnis in a negative light, Burnside said he does not wish to speculate, but has no evidence that is true.

“I have no proof that any of that is true so, I’d rather not even speculate,” he said.

“I was asked to leave for whatever reason, [but] it came at a time when I am comfortable leaving.”

Burnside said despite the firing, he has no regrets.

“I had a very good experience at The Guardian,” he said.

Speaking to his future plans, Burnside said he is determined to keep creating his passion: art.

He said, “I’m going to expand what I’ve been doing all along.

“I’m a visual artist who goes into my studio space and I get lost in there.

“I think it’s time for me to concentrate my energies in that area.

Burnside’s last cartoon for The Guardianis expected be published on July 31, 2019.