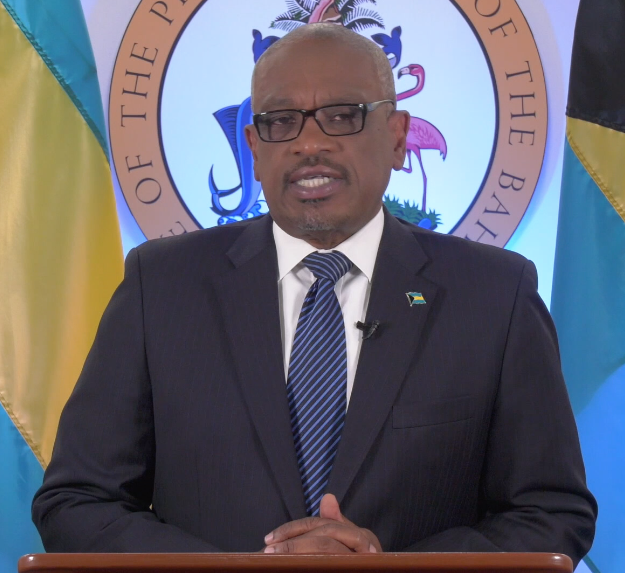 Speaking directly to that community, Minnis urged Bahamians of Haitian descent in the country not to refer to themselves as “Haitian-Bahamian” but simply Bahamians as they are constitutionally entitled.

The prime minister made the comments as he opened the mid-year budget debate in the House of Assembly on Monday.

He explained that the land program will not be confined to New Providence, but also on several Family Islands, including hurricane-hit Grand Bahama and Abaco.

“We are already looking at land in the Murphy Town (Abaco) area to do a similar project. We also recognize that individuals in Abaco and Grand Bahama have undergone a lot more stress turmoil than us in New Providence and other Family Islands.”

He continued: “They were hit with Dorian and then COVID, which would have impacted them economically even more than the other Family Islands, and knowing that their employment status would have changed, it’s only fair that the land sold to individuals in Abaco or Grand Bahama should be even less.”

The prime minister noted there were existing challenges on Abaco, referring to The Mudd shantytown community that was flattened by Dorian.

Minnis said: “But I want the Bahamians to hear there are many individuals who are living in these so-called dilapidated facilities of Haitian descent within Abaco or New Providence, many are regularized, many are Bahamians and they, too, are entitled to land also.

“So that they can move out of such squalor conditions in the proper facilities. So that when and if they are hit by any hurricane, they are protected.”

“And they are entitled to land within the subdivisions created within the Bahamas, be it in Inagua, be it in New Providence or wherever. They are Bahamians under the Constitution.”

The Constitution does not prescribe what happens to these individuals before their 18th birthday, or after their 19th birthday.

Additionally, Article 9 of the Constitution states that a person born legitimately outside The Bahamas to a Bahamian mother is not automatically granted citizenship, but has a right to apply from their 18th birthday to their 21st birthday, to be registered as a citizen.

The Constitution also does not clearly state what happens before these people reach age 18 and after they reach age 21.

On May 25, Supreme Court Justice Ian Winder ruled that children born out of wedlock to foreign women and Bahamian men are entitled to citizenship at birth.

The Office of the Attorney General has appealed the ruling “in the public’s interest”.

All five judges of the Court of Appeal will sit to hear the appeal on March 4 and March 5.

The draft Nationality, Immigration and Asylum Bill, 2018 seeks to address long-standing issues surrounding statelessness and the right to pass on citizenship.

Suggest to “African Americans” or “Asian Americans” to stop using these terms as such, and see what kind of push back will unfold. Identifying with one’s bloodlines is very important. Might as well tell these people to forget about their Haitian heritage while you’re at it. We need to stop focusing on the less weighty matters, especially through these times. This makes me question the PM’s lineage….it seems like this matter is a sensitive nerve he’s trying to nurse. Perhaps he has a Haitian background?

The Prime Minister has gone mad. He is drunk with arrogance. I just lost all respect for Minnis. He is a stone bone Haitian, that’s why he is pro Haitians. He needs to go to Haiti and represent his people, because he is not looking out for us. He just helped me with my decision to join the Evolution Crew.

Why can’t he help the Bahamains? Why do the Haitians get all the privilege’s and we get nothing. I am tired of hearing about the Haitians here in Abaco, Haitians get free land and build with no permit but if I do it they will lock me up tighter than Haitians packed on a boat. The real Bahamains not Haitian Bahamians get put on the back burner. Might as well change the name from the Bahamas to Haiti 2. We in Abaco are fed up and the FMN government has done nothing for Abaco since dorian, Abaco is still in a mess. I am going in the bush to conquer me a piece of land and build and not tell anybody.