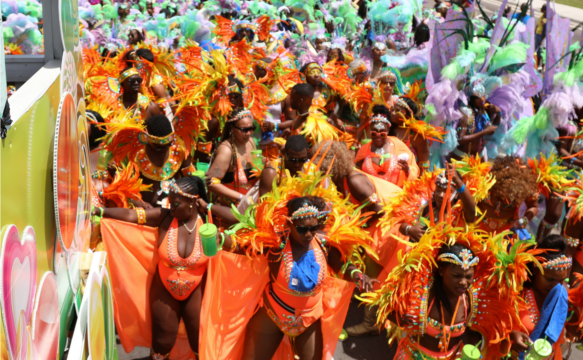 Bahamas Carnival experienced a “slight financial loss” during. this year’s celebration, according to Antwon McPhee, vice president of Polantra Media.

However, McPhee said, the three-day event was still a success due to high participation and despite the rain.

“We think the Bahamian people wanted carnival. Therefore, they showed up in masses,” McPhee said.

“Financially, we are still going through the numbers, so, we may see a bit of a loss. But then again, it was about being a national event and making sure carnival didn’t take a year off. It was important for us to step in and see carnival through.

“We are still going through the numbers so, we don’t have those finalized as you can imagine.Tthere are several ticket outlets, a lot of things to go through, but preliminary we are looking like we took a slight loss. However, again the mandate was to make sure we have carnival. That’s a key. The physical number of attendance we are still waiting to get those numbers to finalize that and people participated in the march as well.”

In an inclusive interview with Eyewitness News, McPhee also responded to the criticism received from the church regarding the way women were dressed for the road march.

“I believe everyone has a role in life. I believe in a separation of church and state,” he said.

“I also believe in the separation of expressed freedom and also what’s being conceived as conservatism. So, again we believe there maybe somethings we need to look at and come to the table with, but, we never want to take away the essence of carnival, which is self-expression and freedom.”

His comments came days after Minister of Youth, Sports, and Culture Michael Pintard told media the government is considering introducing a code of conduct for Bahamas Carnival.