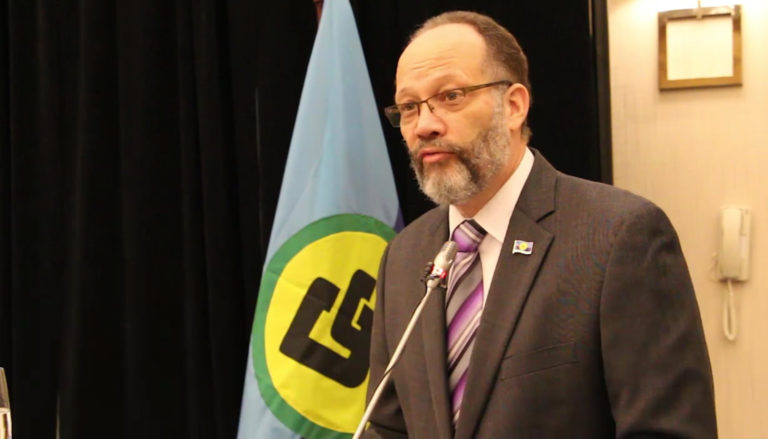 Port-au-Prince, Haiti: The Caribbean Community must find ways to access the funding needed to assist its member states if the region is to survive. The cautioned mandate was delivered by CARICOM’s Secretary General, Irwin Larocque, yesterday at the opening of the 29th Intercessional Meeting of the Conference of Heads of Government of the Caribbean Community.

Ambassador Larocque said the impact of climate change on CARICOM countries has been massive and that damages as a result of the massive storms that have hit the region, especially in 2017, has amounted to more than $675 million dollars between the years between 2015 and 2017.

“The Bahamas, an upper-middle income country, sustained cumulative damage and loss of US$678 million by hurricanes that hit between 2015 and 2017, which necessitated access to non-concessional financing,” said Larocque.

“In the case of our associate members, their sources of finance are limited. We do not have access to international financial institutions. The British Virgin Islands sustained damage in excess of US$1 billion dollars from Hurricane Irma.”

The secretary general said the community must find ways to access the funding needed to assist the CARICOM countries in times of need.

“Building resilience requires significant investment to reduce risks and vulnerabilities to prepare for the impact of such intense climate-based events,” he said.

“What is needed is access to resources, which must include significant grant funding and very concessional financing. Without access to such financing, this will exacerbate already high debt levels across the region, which is due in large measure, to exogenous shocks including severe climatic events.”

The meetings will wrap up today in Port-au-Prince.