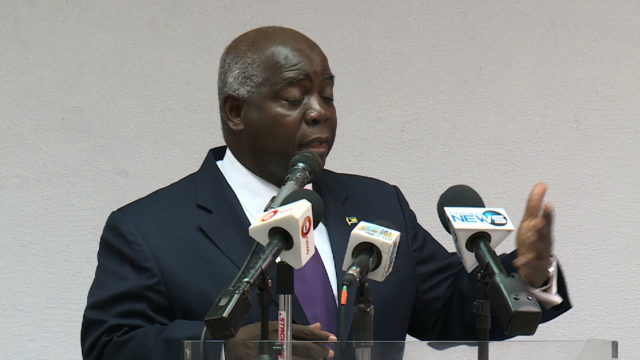 Opposition Leader Philip Davis said in a statement Sunday that the government made a bad decision on IAAF Relays.

“I am distressed that step by step, the FNM government is gradually but deliberately seeking to destroy this country’s reputation as a country whose word is its bond,” Davis said.

“We in the PLP have warned the FNM before to understand that government is continuous. This is particularly so when dealing with the outside world.

“They can’t be serious. They are really carrying this campaign narrative, which they invented to lie to the Bahamian people to get elected, too far.”

The country’s reputation, he insisted, will suffer and further claimed that the country’s brand is “shot to pieces”.

The Opposition leader continued that the young people have lost an opportunity to showcase their talents to the world on their home turf and called it a “shame”.

“The country has lost the opportunity to showcase The Bahamas as a world-class destination, which the event is televised live around the world and replayed several times during the interval before the next relays,” he said.

“I think they ought to reconsider this decision.”

He also compared the two governments saying that “this is an example of the difference between the PLP and the FNM”.

“The PLP believes in a great future for our country,” Davis said, “seeking to push above our weight. We believe our people have the talent to do so. The FNM has no vision. They want us to hide our light under a bushel to conform to some ill-imagined false construct.”

“These relays have become a signature brand for the country and was a significant boost to the economy and exposure in advertising during the traditional slow period in the spring time for tourism. It has added immeasurably to our tourism product,” Shadow Sports Minister Picewell Forbes said in a statement over the weekend.

Forbes questioned what led to governments decision and stated that the claim that there is lack of money to fund the relays and its mechanisms, cannot be so since, “the monies bandied about in the public domain are not significant, given the returns which the country gets”.

According to Forbes, the FMN’s decision, if confirmed, is “shortsighted and foolish”.

“It is a slap in the face to the sporting community and the youth of the nation,” he said.

“It is the wrong decision. It is bad for the economy and the tourism trade. It is penny wise and pound foolish.”