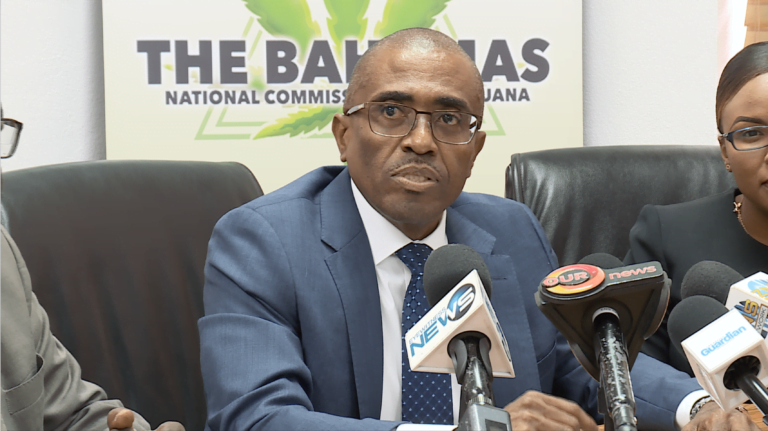 NASSAU, BAHAMAS — While industrial hemp may be a viable industry in The Bahamas, Bahamas National Commission of Marijuana Chairman Quinn McCartney yesterday theorized it may be difficult to have a coexisting cannabis industry.

McCartney’s comments follow statements from Minister of Agriculture and Fisheries Michael Pintard, who advised last week that he intends to lobby Cabinet to move forward with plans to cultivate industrial hemp and CBD in The Bahamas.

Pintard said that numerous meetings have already been held with Bahamian and foreign investors on the opportunities for industrial hemp — a variety of cannabis sativa grown specifically for industrial use.

Pintard’s comments come amid longstanding public debate over the government’s plans to decriminalize cannabis in The Bahamas following more than two years of consultation and a preliminary report by the Bahamas National Commission on Marijuana.

In an interview with Eyewitness News, McCartney said the move to cultivate industrial hemp will still require amendments to the law.

He explained the commission looked at both marijuana decriminalization and the cultivation of industrial hemp in its research.

“They are clearly both viable options and they are industries that are viable,” McCartney said.

“There are some challenges with the hemp industry. It is difficult for both industries to coexist because of the dominant nature of the marijuana plant and the plant that is used for hemp production.”

“…It’s an industry that can be looked at as potentially an option for The Bahamas.”

McCartney noted that the commission has not taken a firm stance in the direction of industrial hemp, given the supposed challenges.

“Because of the geographic nature of our country, being an archipelagic nation, maybe there can be zones or islands for one type, but our information is that they both won’t be able to coexist in close proximity to each other.”

McCartney said the BNMC met yesterday to discuss the marijuana issue further as they continue to prepare their final report.

“We were very optimistic in terms of our discussions today,” he said.

“I think we are making progress and we are now trying to put some teeth on some of the recommendations we would have made in the preliminary report.”

He added that while the law will require amendments, “there are some things that can be done quickly to make The Bahamas a viable player in this whole marijuana debate, this who cannabis industry.”

He said that the commission is pleased to see that the public discourse is progressing regarding the issue in The Bahamas.