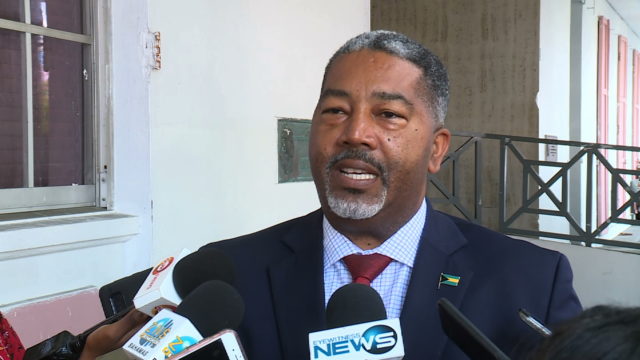 NASSAU, BAHAMAS – Final preparation is being made for the implementation of Marco’s (Mandatory Action Rescuing Children Operation) Law, according to Minister of Social Services and Urban Development Frankie Campbell, who said he has been assured the legislation will be brought into force soon.

Following a wave of child abduction cases in recent weeks, there were renewed calls for legislation passed in Parliament that would act as an Amber Alert System when children were reported missing.

Bringing remarks during a ceremony yesterday to announce activities for Child Protection Month, which will be recognized in April, Campbell said he has been in discussions with Minister of National Security Marvin Dames, who assured him that the legislation will be brought into force soon.

“We are aware of the spate of the recent child abductions cases,” Campbell said.

“We are satisfied that police investigation is progressing and following talks with the Minister of National Security, I’m satisfied that final touches are being put on Marco’s Law in preparation for implementation.”

Marcos Law was enacted nearly five years after the murder of 11-year-old Marco Archer with a commitment from the then Minister of National Security Bernard Nottage, now deceased, to move with haste for the implementation of the legislation inclusive of a Sexual Offences Registry.

Last month, two women in a silver-coloured vehicle abducted a three-year-old boy who was reportedly riding his bicycle outside his South Beach Estates home.

The boy was dropped off at a laundromat on Farringdon Road and Fox Hill Road the following day.

Police said the boy did not appear to have been harmed.

Earlier this month, a six-year-old girl was abducted around 2 a.m. at her Wilton Street home.

According to authorities, a man walked into the home and took the girl.

However, she was found unharmed a short while later.

A passerby spotted the girl in the area of Woodlawn Gardens graveyard, off Solider Road, and escorted her to the Wulff Road Police Station.

While the girl’s mother claimed her daughter was molested, authorities said there was no evidence to substantiate the claim.

The third abduction was recorded on March 6.

Authorities reported a woman in a grey vehicle abducted a boy, 8, from a park near his home on Emmanuel Drive, off Soldier Road.

Similarly to the abduction last month, the child was dropped off, this time near the entrance of the New Providence Landfill.

There were three more abductions on March 7.

According to police, three boys, ages 5, 8 and 10 were reportedly taken while walking in Koll Acres by a woman driving a dark-coloured vehicle abducted them.

The five-year-old and ten-year-old boy were returned to the same area, while the eight-year-child was left near the entrance of the City Dump less than an hour later.

He said, “Child protection is not given the priority by the community that it deserves and too often it is children [who] are treated as if they don’t have a voice.”