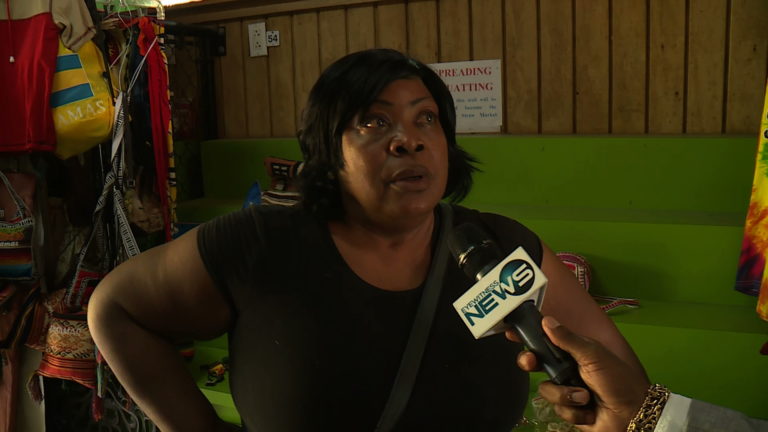 Straw Vendors at the Cable Beach Straw Market breathed a sigh of relief Wednesday, after management finally rectified a sewerage issue which caused the surrounding area to be blanketed with a foul scent for weeks.

Eyewitness News spoke with vendors at the local market Tuesday morning, when they complained about a broken sewer system, which they claimed had been overflowing for nearly one month.

Less than one hour after Eyewitness News responded to their news tip about the situation, vendors said Wednesday, that management finally addressed the issue.

“Man, right after you all left from here, there were four trucks that came and cleaned the entire area,” said McPhee.

“Yesterday we couldn’t even breathe out here and we went through that for weeks on top of weeks.

“Only because you guys came out here and ran that story, they finally cleaned up our here.”

While McPhee said he was grateful that media attention prompted management to rectify the vexing issue, she was also annoyed that the market’s administration has now launched what she claimed is “a plot to victimize those who spoke out on the issue”.

“… Because we spoke out yesterday, management now said they are coming around with their book to make sure we stay in line,” she said.

“On top of that, they do not want us to even add additional lighting inside of the market to light up our areas. They say the electricity bill is already high and we are not allowed to do it.

“We only want to beautify the area so that when tourists come, it doesn’t look like a scrap shop. But, that’s a big problem for them. They want to give us citations for that and if we get three citations we are evicted. It’s just not nice.”

Administrators at the Cable Beach Straw Market denied claims of victimization and suggested that the vendors were not in compliance with rules outlined in the market’s policy handbook.

Eyewitness News requested to review the policy handbook, but administrators claimed that they did not have a copy on property.