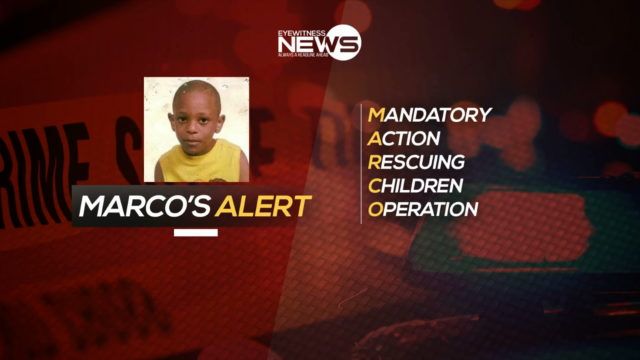 The program is designed to act similarly to the Amber Alert system in the United States.

Dames’ announcement came on the heels of a string of child abductions in New Providence in recent weeks.

The minister advised that Multimedia Technologies has been selected to roll-out the multi-tiered platform.

According to Dames, the new system is expected to be fully rolled out within weeks.

“We’re looking forward to rolling it out, but before we do that we will have to get with the company and firm up the contract and should be doing that within the next few weeks, and announce a date for signing,” he said.

The rollout comes eight years after the murder of 11-year-old Marco Archer.

Kofhe Goodman was convicted for the death of the boy.

The Christie administration pledged to introduce new laws and stricter penalties to protect children in The Bahamas.

In 2013, the government tabled amendments to the Sexual Offences Act and the Child Protection Act, paving the way for the establishment a sexual offender register and a MARCO Alert system for missing children.

The program was first launched in 2016, but was almost exclusively tied to traditional forms of media,

After assuming office, a year later, the Minnis led administration announced it would revamp the alert system to become more comprehensive.

“We are pleased that we now have a system that will serve, not only in the area of sexual offenses; but, also will serve in areas of disasters and hurricane alerts,” Dames said.

“This is really a comprehensive system we have acquired.”

Dames said the testing period was lengthy, but worthwhile.

“This is a very comprehensive system and the company would have partnered with a very reputable company in the United States, which has extensive relations with the National Emergency Management Agency, the Federal Bureau of Investigation and other prominent federal agencies,” Dames noted.

While the MARCO Alert will soon come on stream, it remains unclear if the government plans to implement a sex offenders’ registry.