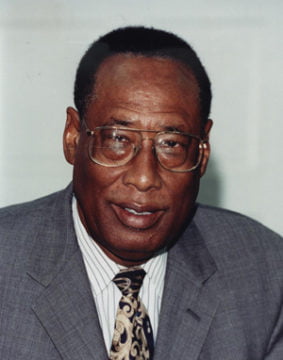 NASSAU, BAHAMAS – After prematurely announcing the government’s plan to appoint him as the next Governor General, Cornelius A. Smith, the country’s non-resident ambassador to six Central American countries on Monday extended his sincerest apologies for making the premature announcement.

“I extend sincerest apologies to Governor General Her Excellency Dame Marguerite Pindling and to the Most Hon. Prime Minister Dr. Hubert Minnis and the Government for any embarrassment or inconvenience resulting from this unintended breach of protocol” outlined a statement issued yesterday from Smith.

The veteran politician also explained that he was at a farewell luncheon with the Foreign Affairs staff in Freeport last Friday, May 31, when ‘in the strictest of confidence’ he shared with them plans for the future and told them that he was being appointed to the office of Governor General.

“I wish to assure the Bahamian people that this was a private discussion that was never intended to be made public,” Smith said.

However, it was apparent that a person attending the farewell luncheon recorded Smith’s statements as a video of his announcement was circulated on several social media sites as well as through What’s App over the weekend.

Smith’s video announcement also garnered strong criticism from the official Opposition Progressive Liberal Party, its leader Philip Brave Davis expressing shock and stating that Smith’s announcement was a violation of all protocols and was insulting to the present holder of the office, Dame Marguerite Pindling.

Davis also noted that he was not consulted or informed by the Prime Minister of any changes in the office of Governor General, and while there is no constitutional requirement to do so, given that the office is a national one which serves all, he would have thought that courtesy and convention would suggest that the Leader of the Opposition be informed before a public statement is made.

Meanwhile, according to Smith’s announcement on Friday, he is expected to be officially sworn in on the last Friday of June.

As of yesterday, there was still no official statement released from the government of Smith’s proposed appointment as the next Governor General.

If appointed, Smith will be the 11thGovernor General of an independent Bahamas.