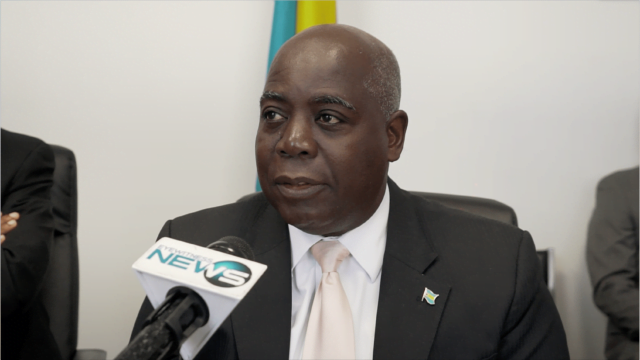 Davis insisted that, based on the views of the commission, it is currently “impossible” to have parity with the current boundaries.

Following the opening of Senator JoBeth Coleby-Davis’ Elizabeth constituency office, he told reporters: “My thoughts are that the constitution requires that the commission ensure that there is parity in the numbers in these constituencies.

“Looking at the present numbers, there’s a necessity to at least visit those two constituencies in the west, particularly Golden Isles and Killarney.”

Davis contended, however, that “the final say is always with the prime minister”.

Asked whether the PLP will support the addition of new constituencies, he said: “There doesn’t necessarily have to be more constituencies; it just has to ensure that the lines are drawn to ensure parity.

“I think that is impossible by the present numbers.”

Moultrie told Eyewitness News that the commission is considering adding four more constituencies — three on New Providence and one on Grand Bahama.

He explained that compared to other constituencies with fewer voters, Golden Isles and Killarney voter registration is approaching 7,000 voters.

Moultrie has said the commission is split on the matter and intends to prepare an interim report on the view.

He noted, however, that if the prime minister calls an early election — which has been speculated in political circles — the commission will not have time to draw new boundaries.

He has also underscored the need for the commission to be independent of any political influence, “to avoid the appearance of gerrymandering”.

The Constituencies Commission is responsible for reviewing the boundaries of constituencies throughout The Bahamas.

Article 70(1) of the Constitution of The Bahamas states that the commission “shall in accordance with the provisions of this article, at intervals of not more than five years, review the number and boundaries of the constituencies into which The Bahamas is divided and shall submit to the governor general a single report either (a) stating that in the opinion of the commission, no change is required, or (b) recommending certain changes, and the governor general shall cause such report to be laid before the House of Assembly forthwith”.

There have been continuous calls for the creation of an independent boundaries commission.

In the Speech from the Throne, the government promised to constitute an Independent Electoral Commission and Boundaries Commission, introduce term limits for prime ministers and introduce a system of recall for non-performing members of Parliament by referendum.