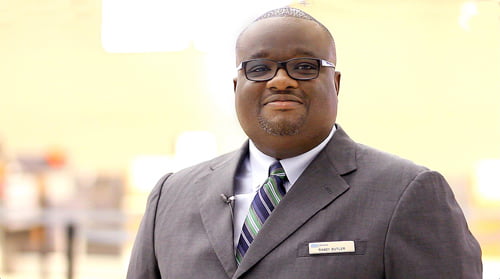 The airline’s principal says he will continue to fight, employees remain top priority.

NASSAU, BAHAMAS — Sky Bahamas Chief Executive Officer (CEO) Captain Randy Butler claimed yesterday that his airline’s permits were not renewed in an intentional attempt to sabotage the company for personal and political reasons.

The airline has been grounded for two weeks and unable to facilitate passenger bookings.

According to Butler, the Civil Aviation Authority ordered the discontinuation of commercial passenger services as a result a recent safety inspection.

Butler claimed that inspection was conducted by a former shareholder of the company.

“We wrote them (the authority) and told them about his bias.”

Butler said the normal practice was for previous license to remain in effect until a new one is granted, once the certificate was not revoked, terminated or suspended.

He said the airline addressed all issues within the prescribed timeframe stemming from the inspection.

Butler said he was called to a meeting earlier this month where the authority presented “bogus” findings from the inspection.

He also said he believes his previous affiliation with the Democratic National Alliance has made him a political target.

He said, “I have another charter company that they did the same thing to and we have not gotten our AOC renewed.

“I’ve had a number of issues happen to me recently where it was customs [which] came to me and said I owed [money] for some entries and I had to sort that out; whether my resort’s license in Andros was not renewed, and I had to go fight to get that done.”

When contacted, BCAA Director General Captain Charles Beneby told Eyewitness News Onlinethat expired operating licenses do not remain in effect until a new one is issued.

He said once a license expires, it is no longer honored.

Beneby added that there is no agenda afoot.

With grounded planes, Sky Bahamas’ revenue has come to a halt.

However, Butler said he does not plan to give up and will do he can to protect the company and its reputation.

He called on Tourism and Aviation Minister Dionisio D’Aguilar to intervene.

He said licenses should be awarded fairly.

“I would ask them to check and make sure that the people [who are] leading this particular organization are qualified and competent enough,” Butler said.

Frustrated customers took to social media to voice their concerns.

One customer, who booked with the airline, pleaded for help.

He said, “I can’t get a refund and all other flights on the time I am supposed to travel and return are full. I need assistance.”

While acknowledging the concerns of customers, Butler indicated that his employees, who remain home without pay, are his top priority.

“That’s the unfortunate thing. We are not operating and we had to reimburse all the people over the last 23 days or 24 days that we had booked in the system and we had to give refunds to people.”