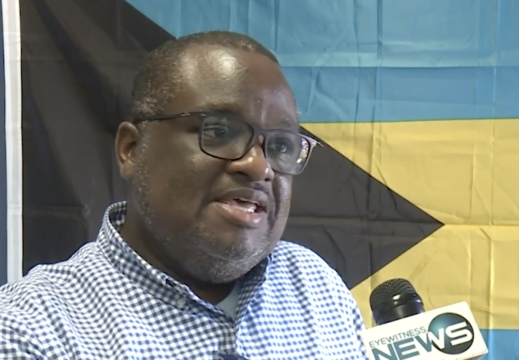 NASSAU, BAHAMAS — SkyBahamas is currently battling an estimated $500,000 debt with the Nassau Airport Development (NAD) Company, which its CEO Captain Randy Butler said is due to excessive free travel dished out by former shareholder Peter Turnquest, the deputy prime minister and minister of finance.

While there have been suggestions that mismanagement led to his company’s debt, Butler told Eyewitness News Online yesterday that personal favors to the Minnis administration leading up to the 2017 general election was a major contributing factor to the company’s debt levels.

“People are hiding and don’t want me to talk about it,” he said.

“Some of the flights were political favors.

“They know some of that bill at NAD comes from my former partner giving them seats on the plane and not charging them the taxes, and it now lands here, and I have to pay it.”

SkyBahamas has been grounded for over a month after its license was not renewed following a recent safety inspection.

Butler has claimed the company is being targeted for political reasons.

He said yesterday that without an ability to generate revenue, the company has been challenged to pay the taxes owed to the management of Lynden Pindling International Airport.

“When you give freebies on a flight, you need to let people pay their taxes,” Butler said.

When pressed on the issue, however, said he was unaware of what Butler was talking about and advised him to “deal with his own issues.”

“I am no longer involved in SkyBahamas,” Turnquest repeated.

“Mr. Butler needs to deal with his own issues.

Last week, Minister of Tourism and Aviation Dioniso D’Aguilar said the government has no plan to intervene with SkyBahamas’ matter.

“I want to be very clear, no minister of aviation with any sense is going to intervene on a safety issue,” he said.

“If SkyBahamas has a matter before the Bahamas Civil Aviation Authority, it is up to him to figure out how to get the necessary approvals in order to obtain his air operating certificate.”

Butler has urged the minister to intervene.

“I am fed up with the minister continuing to get on television and run on with foolishness,” the CEO said. “He is responsible for aviation.

“Give an account to the people as to why the staff at SkyBahamas are out of a job and those people are sitting at home worried about how they are going to feed their children and school fees.”

The Civil Aviation Authority ordered the discontinuation of commercial passenger services as a the recent safety inspection, but has claimed that his airline’s permits were not renewed in an intentional attempt to sabotage the company for personal and political reasons.

The airline has unable to facilitate passenger bookings.

BCAA Director General Captain Charles Beneby has insisted there is no agenda afoot.

According to Butler, his company has lost millions of dollars.