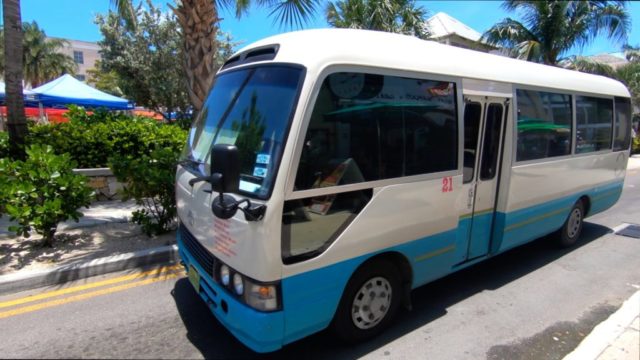 President says there are not sufficient stops on the island

NASSAU, BAHAMAS – President of the Bahamas Unified Bus Drivers Union, Frederick Farrington, said yesterday that he has instructed members of his union to no longer pay fines for making illegal stops, as there are insufficient bus stops throughout the capital.

In an interview with media on Wednesday, Farrington said that for far too long drivers have been paying thousands of dollars in fines, yet more than 100 bus stops are either damaged or  were removed and not replaced. He noted that despite this, drivers are still being ticketed for those stops that are not in place.

He also mentioned that the union is overdue for a fee increase.

Farrington noted that over last few years, the cost of living has increased, but bus fees have remained the same and bus drivers can no longer survive.

“When we look at May 1st2017, taxi drivers had an increase in their rate zones, their hourly zones and their fees,” Farrington explained. “Today, bus drivers have not had any increase. Passengers still pay $1.25, if they choose to pay the 25 cents.”

Farrington said that the union is also in need of proper restroom facilities.

According to Farrington, he has voiced his concerns to Minister of Transport and Local Government, Renward Wells, and Minister of Works, Desmond Bannister, nearly six months ago, but he has not received a response to date.

Farrington said if nothing changes before July 1, the union will be moving to strike.