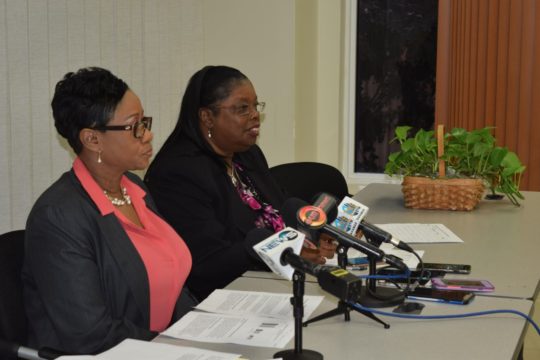 NASSAU, BAHAMAS – With increases in the upcoming budget for the Department of Statistics and the Office of the Auditor General, the public can expect more frequent, improved reporting from both departments as well as greater resources and modern tools to facilitate more “accurate and fair” reports.

In the upcoming budget, the Department of Statistics will receive $5.24 million — an increase of $1.63 million.

The department, which is responsible for issuing labour force, census, and gross domestic product data, among other national statistics is expected to receive further increases in the follow to budget cycles.

In the Speech from the Throne, the Minnis administration committed to improving the timeliness and reliability of statistics provided to the public, and pledged to give the Department of Statistics the autonomy and resources to do so.

In January, Senior Statistician Cypreanna Winters confirmed that the department intends to change the design of its Labour Force Survey to provide quarterly reports on the level of joblessness in the country as opposed to twice annually.

During the budget communication last Wednesday, Minister of Finance Peter Turnquest advised that the revised draft national statistics legislation was being finalized and could be introduced in Parliament shortly.

“The increasingly data driven paradigms of the global community necessitate the review and redesign of the Statistics Act to accommodate growing demands for information across all sectors of our society.

“It will ensure that reliable, timely and relevant data are accessible to decision makers in both the government and the private sector.

“Indeed, it is likely that policy consideration will be given to the establishment of a National Statistics Agency into which the current Department of Statistics will be amalgamated.

“The agency will be given independence in the law, and the ability to generate revenue through the general of special reports and datasets of interest to various segments of society.”

As it relates to the Office of the Auditor General, the minister said, “We have endeavored to increase our pursuit of transparency not only in increasing the number of reports and the way we share information, but also in ensure our reports are accurate and fair,” Turnquest said during the budget communication.

“In this light, we have allocated approximately $3.2 million for the Department of the Auditor General this year, which represents an increase of nearly $0.5 million over the $2.8 million allocated in 2018/2019.

“By equipping the Department of the Auditor General with more resources, they will now be able to acquire more sophisticated audit tools that allow it to fulfill its constitutional mandate as an independent auditor.”