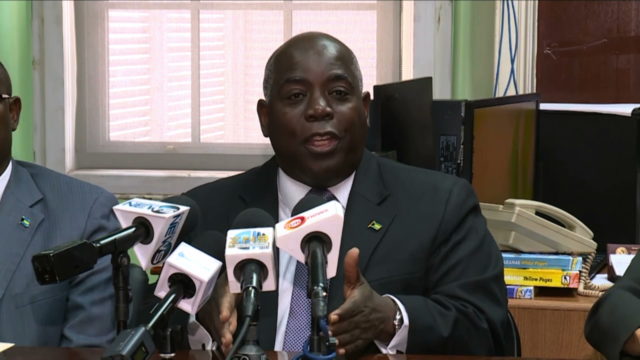 … Will lead to a double-dip recession

Addressing members of the press in the House of Assembly on Monday, Davis said, Prime Minister Dr. Hubert Minnis’ attempt to justify the unconscionable and massive increase in taxes on the backs of ordinary Bahamians, “fell abysmally flat”.

“It was most unimpressive and lacked a basic grasp of his own budgetary initiatives, and what underlying economic principles informed such programs,” Davis said.

“…This budget oppresses the poor by unconscionably increasing value-added tax (VAT) by 60 per cent and provided no credible basis for doing so. This is borne out by all former Ministers of Finance, who have all cast doubt on the approach of the FNM.

“The Minister of Finance has cast aspersions on all former Ministers of Finance by suggesting that they were all fiscally irresponsible and not transparent. Last year, the FNM gave millions of dollars of revenues to large companies with turnovers of above 50 million dollars and now they are refunding millions of dollars to multinationals. Now the Bahamian people must pay for this.”

Davis said the only thing the FNM has done is “tax the Bahamian people, more than they can bear”.

“A discriminatory tax against gaming operators, the fixing of the economy for the rich; his tax increases support giveaways for the rich. No news for Grand Bahama to help them up off the ground and there are heavier burdens for the poor,” he reasoned.

“This budget is a colossal betrayal of the Bahamian people, that will lead to a double-dip recession.”