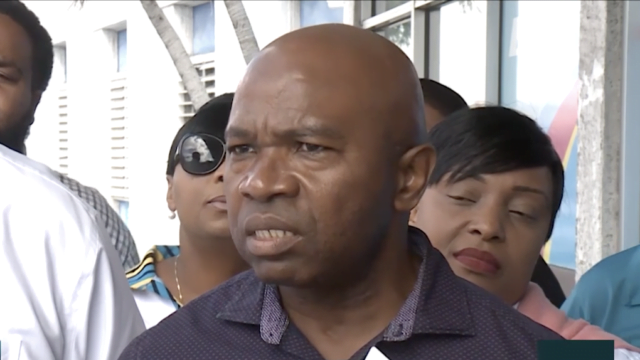 NASSAU, BAHAMAS – Less than 24 hours after Liberty Latin America President and CEO, Balan Nair, issued an apology for his comments made about BTC employees and the prime minister, representatives for BTC’s line staff and managers’ unions not only rejected the apology, but have called for his resignation.

Rolle said there seems to be a trend where expatriate bosses who run BTC are loose cannons when sharing their views about BTC employees.

“We saw it as a half-hearted apology,” Rolle said.

“The unions reject it, our members reject it and if the prime minister accepts what I see as a disingenuous apology, then that is on him.

“From last year when Mr. Sinclair first came he regarded BTC workers as ‘deadwood,’ so, that is in keeping with the pattern by Nair who so freely expressed to Jamaican employees that their performance is par excellent to ours.”

President of BTC’s managers’ union Ricardo Thompson told Eyewitness News Online that both Nair and Sinclair need to be less caught up with slandering BTC employees and more concerned about providing staff with the tools they need to complete their jobs.

“We believe this is orchestrated to attack the unions or maybe go and acquire the remaining 48 per cent at a reduced rate.

“Something is afoot and it is coming out clearly now.”

According to union leaders, they think that Liberty Latin America’s meeting with the prime minister last week was to discuss purchasing the remaining 48 per cent of shares to assume full ownership of BTC.

“If the government is considering awarding Liberty Latin America and Cable & Wireless with the further acquisition of BTC shares; I want government to think about that long and hard,” Rolle suggested.

“What we have seen over the last few days is the heart and soul of the people we are dealing with,” Thompson said.

“We’ve been crying out about the treatment and mistreatment of our employees by persons of non-Bahamian origin and we definitely don’t support it and I am happy that it is now public and Bahamians see who we are now dealing with.”

Both unions have given Nair and Sinclair an ultimatum.

They’re not looking for any apologies and both union heads have asserted that they want both men to resign immediately.

Should they remain, both unions threaten industrial unrest.