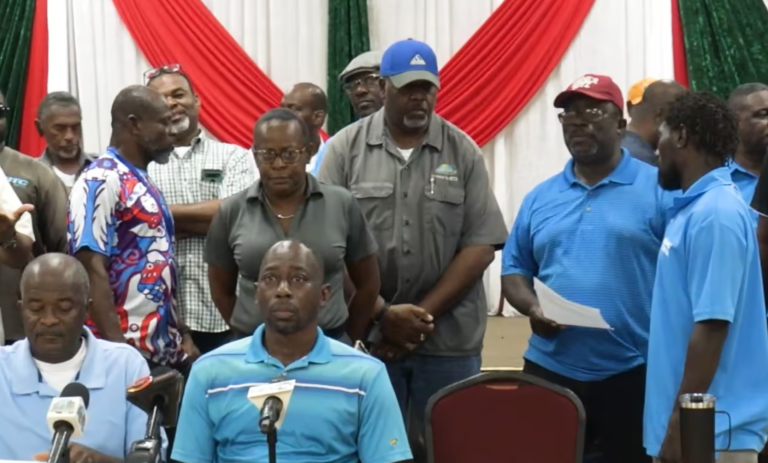 NASSAU, BAHAMAS — Angry BTC contract technicians yesterday demanded a seat with the CEO to voice concerns about a contract that they claim was revised without their consultation.

Within the former agreement, members were allowed a one-year contract that was decreased to a six-month period.

Martin Clarke, a spokesman for the group, stated that the members are “sick and tired” of being ignored by the corporation and demanded the meeting that was agreed to on November 10.

In a statement yesterday, BTC CEO Sameer Bhatti underscored that the telecommunications provider is a law-abiding corporate entity. Bhatti added that BTC is prepared to meet with the contractors within the next several weeks.

Yesterday, Clarke said: “We are the heart of the network of BTC.”

“Most of us were forced to take the package and return back to work the following week. We are the heart of the network of Batelco and are blatantly disturbed by the disrespect that is shown towards us.”

Additionally, he said that these problems stem from prior management.

“In 2015, the salaries of BTC contractors were reduced to 65 percent.”

Clarke said BTC has revised numerous articles that further cause a struggle for field workers, adding the wages have further decreased by 25 percent due to the amended contract in 2019.

The contract reported that BTC technicians are paid three times the salary of independent technicians although they work the same hours.

Clarke stated that BTC removed a contract benefit that allowed workers to gain a $900 bonus every month if assignments were completed proficiently.

Although many signed the contract, they stated that workers were not given sufficient time to read the agreement properly.

For contractors, one of the issues the revised agreement has caused revolves around the technician’s difficulty in receiving loans from financial institutions due to the short six-month cycle.

As a result, working at the company has become financially challenging for members.

While addressing the concerns of the workers, he said that from July to December, the workers had not received the contract for the second half of 2022.

He then revealed that technicians were forced to purchase vehicles to perform jobs for the company.

“Technicians were forced to buy vehicles. Yes, we have a gas allowance, but they forced the technicians. BTC has no responsibility for those vehicles. So, the maintenance is solely on the technicians,” he said.

According to the contract, members are prohibited to join a union which means they are without representation as a group.

The report stated that BTC failed to recognize Public Holidays to avoid overtime pay and that the company failed to provide specialized tools to maintain the Cable network.

When asked about the member’s plans if the CEO continues to ignore the group’s demands, Demeritte said: “We will see.”

He said the purpose of the press conference was not to make threats but gain respect from BTC.

“All we want to do is explain to him, a new CEO, some of the issues we have and the way forward,” said Demeritte.

For his part, Bhatti stated that because the contractors are independent, they are not covered under the Bargaining Agreement.

The CEO noted that contractors were given voluntary separation benefits and pension payouts in 2015.

In the contract, the KYC requirements have been consistent, he said.

The document listed conditions for independent contractors that included: having a driver’s license, registering as self-employed at NIB, and making timely contributions.

Bhatti said that more than half of the independent contractors have completed their KYC tasks and have received renewed contracts.

He also addressed the worker’s claim of the lack of specialized tools, referring to similar requirements in other technical fields.

“If you think about other professionals like a plumber or electrician, they provide their own tools,” he said.

“BTC requires independent contractors to provide his or her tools to do the job.”

Bhatti said that contractors are welcome to join their fiber initiative but will need to upscale their skills and move from their copper expertise to fiber.

He added the KYC contract exists to protect the technicians since they work in a risky industry, an issue he claimed was identified as a top concern during the last meeting with the contractors.

View all posts by Bethany McHardy →