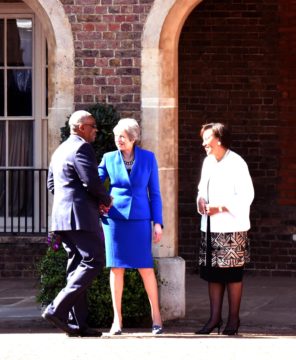 Dr. Minnis announced that following discussions with May, Britain will reopen the British High Commission Office in Nassau. The prime minister, during a press conference on Sunday at the Lynden Pindling International Airport (LPIA) said, this will bode well for investors and Bahamian students studying in the UK. While Dr. Minnis did not announce an official timeline on when the office will open, he did note that discussions between the UK and the Ministry of Foreign Affairs will continue, to ensure a successful process.