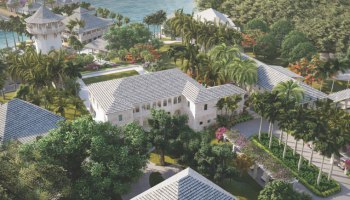 NASSAU, BAHAMAS — The Briland Club Residences and Marina developer yesterday refuted what it described as “misinformation” being spread by opponents regarding its intentions for the development.

4M Harbour Island Ltd said yesterday the latest round of misinformation to hit the rumor mill is that Briland Club intends to bring cruise ships to Harbour Island and that its development will run only off the already strained water and electrical grids of Harbour Island.

”Nothing could be further from the truth. Briland Club is unaware of and not involved with any effort to bring cruise ships to Harbour Island. The mere thought is laughable and indicates a heightened level of desperation on the part of our detractors. Truthfulness, and providing all the facts for proper consideration, has not been a habit of our opposition. Threats, innuendo, distortions, half-truths and outright lies are the weapons used against the project by a few who pretend to care about the people of Harbour Island,” the developer said in a statement.

It added: “Their recent attack about the strained water and electrical services is another recent attempt to mischaracterize the Briland Club development. Our project, like all businesses, is required by the utility companies to tie into the water and electricity grids. Briland Club — as previously indicated — will be capable of providing 100 percent of the electricity and water services for its project and will not use BPL (Bahamas Power and Light) electricity or Water and Sewerage Corporation water unless and only to the extent required by law. We previously highlighted this point in a fact sheet which was circulated in December 2019.”

The developer said it currently has over $3 million worth of generators and electrical service equipment sitting on-island ready for the day-to-day operation of the project.

“This generator capacity is the equivalent of three megawatts of power in the first phase, and capable to expand to five megawatts in later phases. Likewise, Briland Club is capable of being self-sufficient for potable water with its own reverse osmosis (RO) water system. Also, and to further our environmental consciousness, sewage generated on-site will be treated and used for irrigation,” the developer said.

The developer added: “Despite such information being publicly available, this has not stopped our opponents from manipulating the data to stir its supporters to donate more money and to support their naked anti-competitive efforts. These latest rumors have conveniently arisen after 4M was awarded legal fees and after its opponents lost their appeal of the court’s decision in their first judicial review action. It appears these latest attacks are a last-ditch effort to catfish financial support in that regard. At this time, we would like to thank the people of Harbour Island for their overwhelming support of this project. We have all seen firsthand what the ravages of this global pandemic can do, both on the health and financial stability of our island, and the wider Bahamas. We have been able to continue with construction because of the encouragement and support of the Harbour Island people. We will continue to move forward and ultimately create more work and entrepreneurial opportunities to Harbour Island.”

Michael Wiener is the principal of 4M Harbour Island Ltd. The developer has been at odds with the group Br-Island Responsible Development Ltd (BIRD), with both sides having already appeared before the court on matters relating to the development.