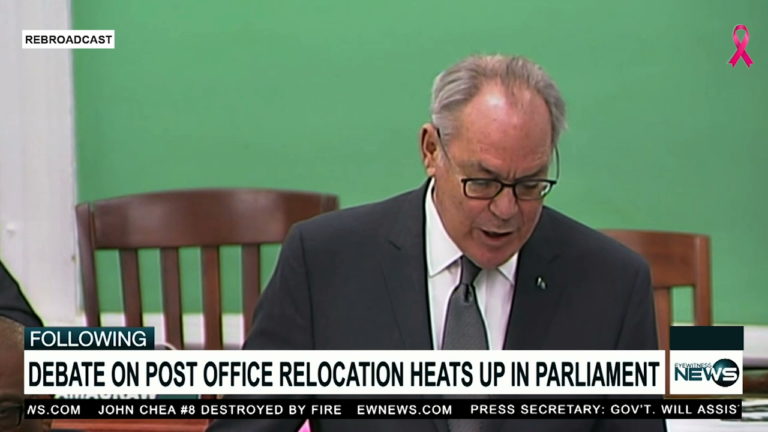 On the heels of conflict of interest claims levied against him, Minister of Financial Services and Immigration Brent Symonette, on Wednesday declared his shares in the Town Centre Mall as required by law.

The move comes as Government prepares to enter into a five-year leasehold agreement with the landlord of the Town Center Mall at a concessionary rate of $12 per square foot.

Such a move, however, has sparked public criticism as well as backlash from the Opposition.

Symonette told Parliamentarians that he has 81 shares in the Town Center Mall. His wife, he said, has one share. Dion Dean, Laura Smith and Randy Smith has one share and BHRSC Holdings Limited has 9,610 shares out of 10,000.

Symonette’s comments came as a resolution to relocate the general post office was moved yesterday in the House of Assembly by Minister of Transport Renward Wells.

Opposition leader Philip Davis called for Symonette to vacate his seat while the resolution was being debated because of his direct involvement in the matter as a shareholder, which he did.

Minister of Transport Renward Wells defended the Government’s decision to relocate to the post office. He claimed that other properties were considered but the Town Centre Mall proved to be the most viable option.

The Transport Minister also noted that revenue collection at the country’s main mail hub had drastically decreased from $5.5 million $2million dollars because of the existing state of the general post office.

Despite the Opposition’s firm objection to the move, Wells said that the Government is providing a solution to a long-standing dilemma. He added that short of 17 months into the Free National Movement’s administration, they have made a decisive decision to move the post office from its horrid conditions on East Hill Street.

He concluded by saying that the post office will hopefully be opened at The Town Centre Mall before Christmas.