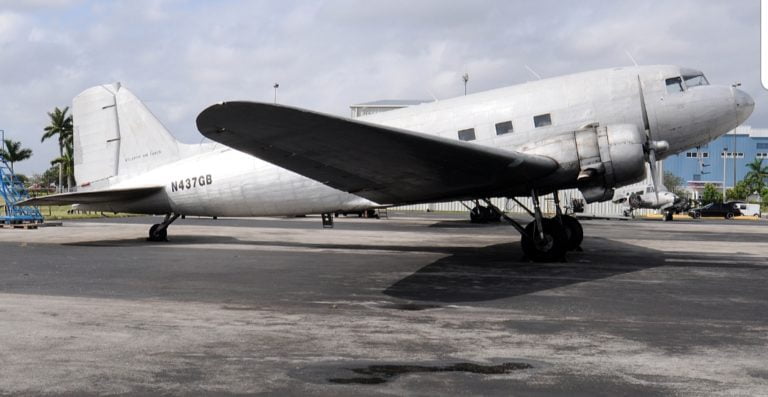 NASSAU, BAHAMAS – A cargo plane with two pilots on board crashed in waters off New Providence after its left engine failed.

The Air Accident Investigation Department (AAID) confirmed the plane took off from Opa Locka, Florida and was headed for the Lynden Pindling International Airport.

The two pilots were rescued by the Royal Bahamas Defense Force, and were said to be in “good shape”.

The department was notified of the crash around 4.45pm.

Investigators are currently on the scene trying to locate the aircraft, according to an AAID statement, which noted the plane appears to be submerged.

is that a file picture? that is NOT a small plane. -why would you show a DC3?

“Appears to be submerged”? smh.

I have a picture of that plane in the water after it crashed , the owner is a relative.

I flew the same airplane in Honduras when it use to belonged to Lansa Airlines and then Islena Airlines, With 32 passengers aboard from La Ceiba to Gran Cayman lost the right engine,I feather it and kept on flying at least one hour before landing to Gran Cayman safety; that airplane could fly with one engine with no problem at all. I lost few engines with the same airplane full load. ( 2-1/2 miles away from Nassau that is weird.)
Capt Mejia