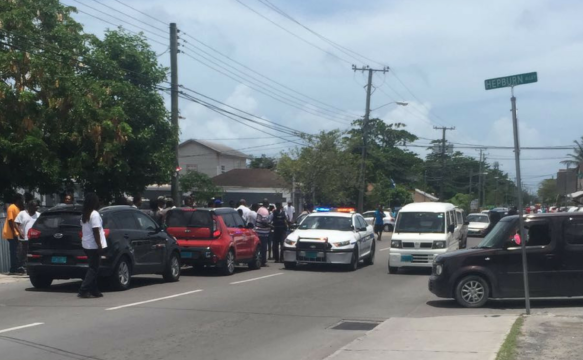 Police announced moments ago that a 31-year-old male is in custody in connection with the investigation into the sexual assault of two juvenile females.

On Whit Monday, word broke that someone may have been taken into custody after social media lit up with a photo of an alleged capture in the Hepburn Alley area.

Reports reaching our newsroom confirmed that the alleged suspect was caught by two men who ran after him and reportedly beat him with wood and metal objects, detaining him until police arrived.

Eyewitnesses on the scene however were left confused as the man in question did not physically look like the sketched drawings released by police last week.

Eyewitness News can also confirm that the man who was taken into custody is an older gentleman compared to the sketched drawings.

Police are tight-lipped on the matter however Eyewitness News will keep you informed as the matter unfolds.

In separate matters, two persons will be charged with rape and a third for an abduction of an unmarried person Tuesday.

All are expected to appear in court at 2:00 p.m. this afternoon.