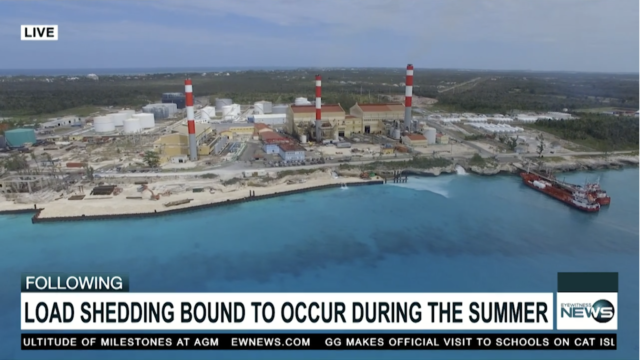 NASSAU, BAHAMAS – Despite an earlier promise made by Chairman of Bahamas Power and Light, Dr. Donovan Moxey, that there would be no load shedding this summer, Hugh Rollins, the Executive Director of BPL told media on Wednesday that customers can expect more power outages leading into the summer months.

“We are doing our best to minimize our load shedding and this will be our last summer of any kind of these issues,” said Rollins, a guest speaker at The Bahamas Chamber of Commerce and Employers Confederation ‘Power Breakfast’ held Wednesday at the British Colonial Hilton hotel.

Rollins told Eyewitness News Online yesterday that the company will continue their load shedding exercises while the Corporation readies itself to install a new power plant engine and rent generators to compensate for aging equipment.

And while Rollins did not disclose the dollar amount of these new ventures, he too now assures that this will be the last summer of outages.

“Well on Monday, we had some equipment failure. A few weeks ago, we lost a generator that we can’t find the part for, so we actually have to get some more real generation for the summer,” Rollins said.

“With old equipment, if something fails, you may experience some load shedding, but we’ll try to keep that at a minimum.”

According to Hughes, BPL has spent approximately the same amount of money to rent generators as it takes to build a power plant.

BPL recently contracted Wartsila, a Finnish Technology Group, to install a new $95 million, 132-megawatt engine power plant which would be the largest plant the Corporation has ever built, according to Hughes.

The engines, which are said to remove dependence on rental generators and place BPL on the path to energy security, are said to be on the way.

“Percentage-wise and in stages, the engine haul is about 50 per cent complete,” Hughes said. “The engines are on the way and will be here in early May, and then the real work will get started. Barring any unforeseen issues, we will start to get power by the end of summer.”

Meanwhile BPL’s customers remain furious and have taken to social media to express their discontent with what one social media user described as “lousy” service.

BPL noted, however, that it wants the public to know that they will do their best to provide regular updates as their load shedding exercise continues.