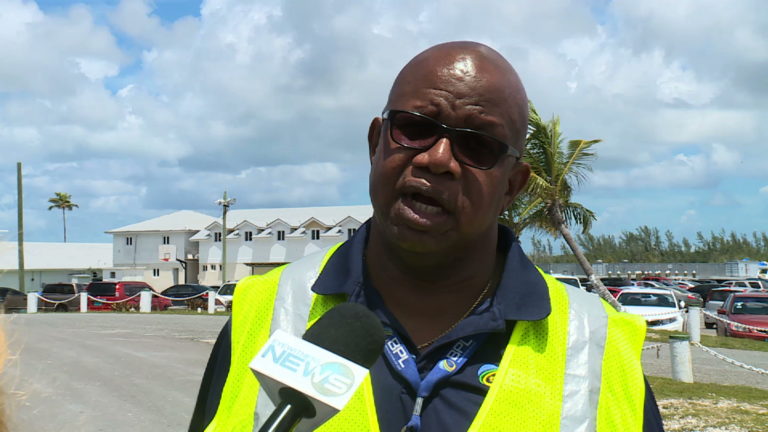 Maynard to BPL: there is “no excuse” for lack of communication on outages

NASSAU, BAHAMAS – Bahamas Electrical Workers Union (BEWU) President Paul Maynard said yesterday that the Bahamas Power and Light (BPL) consumers should brace for intermittent outages from now until Christmas as he does not believe the additional generators to be installed by Wartsila will be completed until the end of December.

In March, the government signed a contract with Finnish technology group Wartsila for a $95 million new 132-megawatt engine power plant at the Clifton Pier Power Station.

According to Minister of Public Works Desmond Bannister, the engines, which are expected to address long-term generation capacity, are expected be fully installed by September 2019.

Yesterday, Maynard, the supervisor of the underground section with over 31 years at BPL, said, “Put that out of your mind; that ain’t happening,” Maynard said in reference to the September timeline while on ZNS’ ‘The Conversation’ with Shenique Miller.

“Until then, from time to time as engines go — these engines we have are ancient — and they are going to go down and break up.

“Hopefully, we wouldn’t have an episode like we had over the weekend, and it is what it is.”

BPL consumers in New Providence were faced with extensive outages over the weekend, with many reporting as many as four outages per day ranging from two to four-hour intervals.

In a statement Sunday around 8 p.m., BPL Director of Communications Quincy Parker said load shedding that began last Wednesday was exacerbated over the weekend due to the temporary failure of two of BPL’s generating assets, “extending the times and multiplying the number of outages experienced across the island”.

He said load shedding is expected to continue daily in two-hour rotations until it completes the installation of additional rental generations and the assets, which are out of commission for repair or maintenance, are brought back online.

During a press conference yesterday at BPL headquarters, BPL Chairman Donovan Moxey confirmed that the power provider will rent an additional 25 megawatts of power from Aggreko, but noted that load shedding would likely continue until those assets were installed.

The cost to rent the additional assets was made known.

Moxey apologized to New Providence customers for the “unacceptable” power outages over the weekend.

But Maynard charged that Aggreko, the supplier that has provided rental power for several years, was “clowning around” and should have installed those additional rental generators first thing yesterday morning.

“They’re just clowning around. I don’t know what the problem is, but I mean there is no excuse for it.

Maynard said the issue has to be addressed by BPL’s management.

Maynard, who acknowledged consumers’ criticisms over what many said was lack of communication from BPL concerning the outages, also criticized Parker for his handling of the matter over the weekend.

“Quincy did a very good job of showing these new units that they bought from Wartsila, parading them… and what he should have done instead of messing around with that foolishness is [he] should have been telling the people, look here, we have to [initiate] load shedding; and here is the schedule; and here is why we have to do it [etc].

“That what he should have been doing and he didn’t do that… There is no excuse.”

Over the weekend, droves of residents resorted to social media to express their disappointment with the BPL being unable to keep the lights on, but particularly took exception to what many called an unacceptable level of communication on the company’s part, and the lack of a load shedding schedule.

In response to questions from the media, Parker said load shedding was in response to “unforeseen circumstances” and it was not practical to think that it can be predicted.

He also said consideration was given to publishing a schedule, but there were “safety and security concerns”.

The seven generators arrived in May.

There has been extensive coverage and numerous releases on the movement of those engines from Arawak Cay to the installation site at the Clifton Pier Power Station.