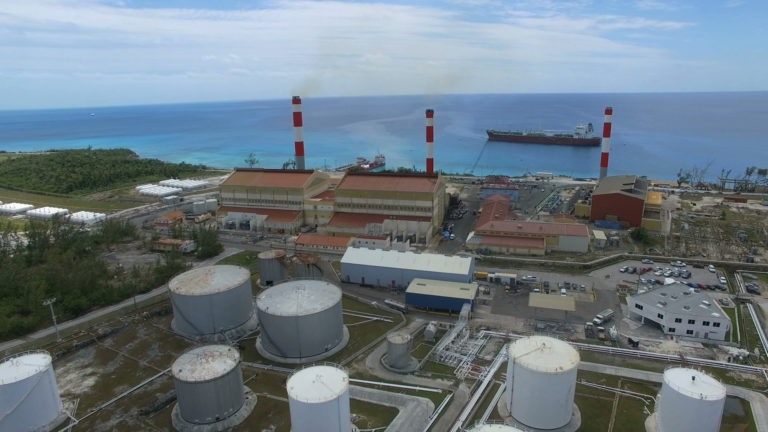 Questions are being raised about the tendering process for Bahamas Power and Light’s (BPL) planned new power plant which, if left unanswered, could possibly compromise the legitimacy of the soon-to-be-signed contract between the utility company and Shell North America (NA) for a liquified natural gas (LNG) plant to solve New Providence’s electricity woes.

A document obtained by Eyewitness News points to alleged flaws in the requests for proposal (RFP) process for the new power plant.

A letter from the Bahamas Chamber of Commerce and Employers Confederation (BCCEC) dated June 28, 2018, and addressed to the attention of BPL Executive Chairman Darnell Osborne, outlined eight points of contention in the tendering process.

The letter which was signed by BCCEC Chief Executive Officer (CEO) Edison Sumner and copied to the minister of works and the Utilities Regulation and Competition Authority (URCA), pointed out that several BCCEC members expressed concerns about the RFP for 80 megawatts of short-term power generation (Tender No. 978.17) and supply of fuel oils (Tender No. 983/17).

The first concern addressed in the letter was the fact that the RFP was said to be specific to short-term power generation and fuel oils, despite public communications by BPL which confirmed that the contract awarded is for the construction of new energy plant facilities and regasification facilities.

“Given that the Request for Proposal did not specifically address the requirements for the contract ultimately awarded, the BCCEC requires clarification on how bids that include proposals for energy plant facilities and regasification facilities could be reasonably compared and evaluated, if there was no uniform basis for the response to the Request for Proposal,” the letter claimed.

Additionally, the BCCEC said while the RFP was dated October 16, 2017, two addenda dated October 10, 2017, and October 12, 2017, which predated the actual RFP, were included in documentation issued.

The BCCEC’s letter also points to the RFP’s encouragement of site visits. However, it said, “…responses to questions posed by bidders contradicted the Requests for Proposal, and advised that site inspections were not being entertained in the process.”

The BCCEC also claimed that the timeframe of 18 days for responses to the RFP is not consistent with timeframes granted for similar-sized projects and initiatives, “and would favour parties that may have participated in earlier requests for proposals performed by or on behalf of BPL.”

The selection of Clifton Pier as the site for new power generation and regasification facilities, the BCCEC said, raises significant concerns given the environmental issue experienced at the site.

The letter also points to the apparent engagement of Canadian consulting firm Sancon Consulting (Sancon) to support BPL in the process.

The letter goes on to claim that the firm indicated that the responses to the RFP were not “comparable”, which was reportedly largely due to the failure to include specific requirements for long-term power generation in the RFP.

Further, the BCCEC called for greater details on the nature of the engagement performed by Ernst and Young (E&Y), the firm which the letter outlines was hired to assess the bidding process, as publically disclosed by Works Minister Desmond Bannister.

“While summary comments were made that the process was managed fairly, greater details of the nature of the engagement performed by E&Y and full findings should be provided to key stakeholders, including the BCCEC,” the letter said.

More than that, the BCCEC claimed that there was an advantage for one company based on fuel selection.

“Specific to Tender No. 983/17, the BCCEC understands that the specified fuel is unique to a particular petroleum company, which inevitably would have an advantage in such a tended process,” the letter continued.

The BCCEC further requested clarification in relation to reasons for the alleged restriction of fuel types, as well as what steps were taken to “mitigate against any undue advantage being given to particular bidders.”

Up to the publishing of this article, attempts to reach Osborne for comment proved unsuccessful.

Eyewitness News understands that the chairman may be out of the country.

The works minister told the media last week that the deal for the new power plant could be signed as early as this week.

Bannister also said recently that government was fully committed to the solution offered by Shell, which he said, was the best option at the time when all bids were evaluated. 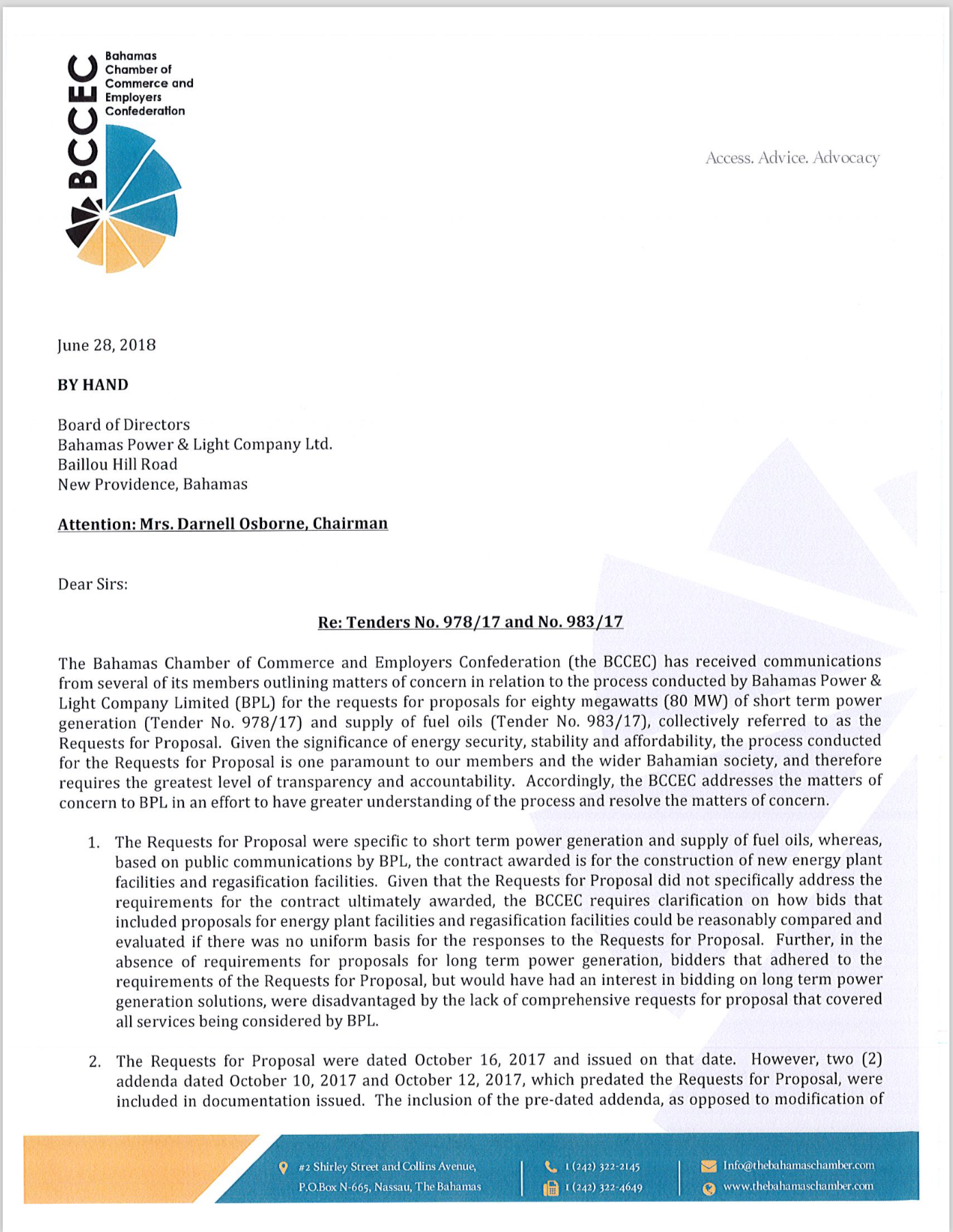 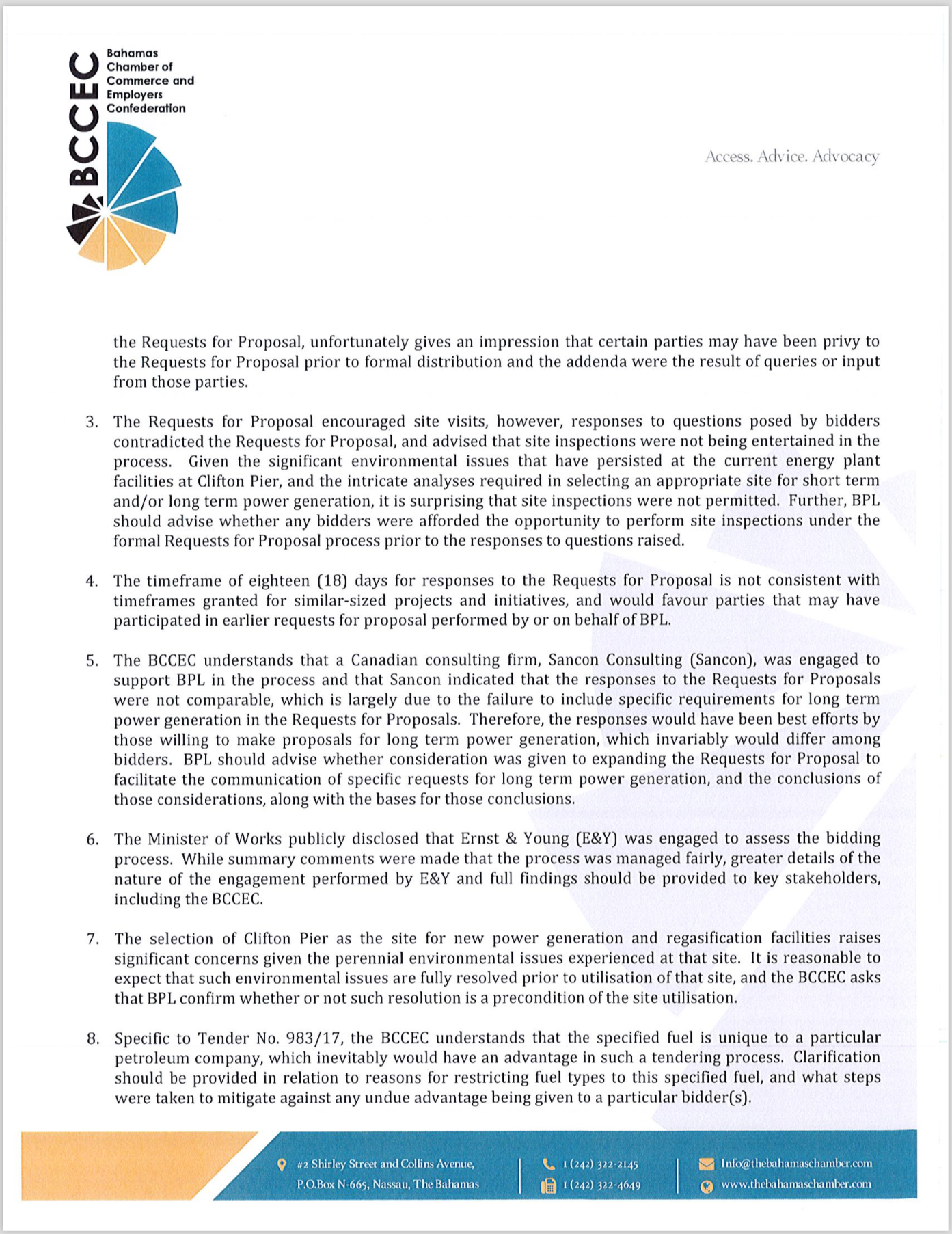