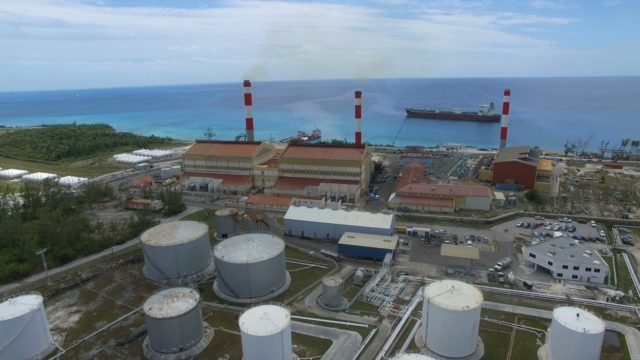 NASSAU, BAHAMAS – Residents facing temperatures nearing 90 degrees Fahrenheit yesterday and similar temperatures on Saturday were left to bear the brunt of the heat without access to cooling amenities as Bahamas Power and Light (BPL) extended its load shedding exercise over the weekend, a response to the power company being unable to meet demand as a result of failing assets.

In a statement issued around 8 p.m. last night, BPL said load shedding is expected to continue daily in two-hour rotations until it completes the installation of additional rental generations and the assets, which are out of commission for repair or maintenance, are brought back online.

According to the power company, the additional power is expected to be available before next Sunday.

Yesterday, BPL said the temporary failure of two of its generating assets over the weekend exacerbated the load shedding underway on New Providence, “extending the times and multiplying the number of outages experienced across the island”.

“BPL teams at the Blue Hills Station are working feverishly to resolve the concern with the generators and return them to service as soon as possible to offset, in the short-term, the current shortfall,” BPL Director of Public Relations Quincy Parker said.

“Further, BPL wishes to advise that the installation of additional rental generation at the Blue Hills Station is nearing completion.

“It is expected that this additional power will be available by the week ending June 30, 2019.  This additional rental will bolster BPL’s available generation and put us in a better position to meet the increasing customer demand during this summer period.

”The generation shortfall plus the spike in demand mean that BPL expects to be load shedding almost daily, in two hour rotations, until the rental generators are installed and the gen sets that are out of commission for repair or maintenance are brought back into service.”

BPL has historically struggled to meet the increased demand for electricity during the summer months.

In April, BPL Chairman Donovon Moxey said the power company did not expect any load shedding this summer.

Moxey said as part of the power provider’s summer plans, several key generation assets were being maintained and several more rental generations will be brought in to address the peak demand.

“So, from our prospective, we are doing everything that we can in order to prepare for the load that we require to deliver during the summer months,” he said.

He added, “We do not expect any load shedding.”

Droves of residents resorted to social media, expressing their disappointment with the BPL being unable to keep the lights on and frustration with what many said was an unacceptable level of communication on the company’s part, namely due to the lack of a load shedding schedule.

Tatjana Jancic-Turner, a mother and yoga practitioner, lamented the lack of communication from BPL on the load shedding exercise, saying it made cooking and doing laundry from her family impossible.

“The challenges BPL is facing are noted, however, would it take a rocket scientist to publish a schedule in advance so that we, the customers, can prepare and plan our activities such as cooking, laundry etc,” she said.

“In addition, we could unplug our electronics and appliances ahead of our outage turn to preserve equipment, which you guys burn up on a regular basis.”

Irene Johnson, who was disconnected from the power grid last Thursday and reconnected Saturday, said she should have remained off the grid.

She posted on BPL’s Facebook page: “All this light going off for hours, I think I should have been credited for lack of service. My light [has been] going off from BPL because of load shedding more than if it was disconnected. And now, it’s off because of Bahamas powerless light. Who don’t you all hire experienced people who know what they’re doing, instead of the directors or someone from the board of directors family, who doesn’t know the first thing about putting or installing a light bulb, more or less fixing a generator.”

Another New Providence resident reported that her power was off for over seven hours.

“My electricity has been off since after noon and just came back on five minutes ago around 7:50 p.m.,” she said.

“That is seven hours. Absolutely ridiculous.”

She challenged BPL’s claim that load shedding was being rotated in two-hour intervals.

There were numerous calls for BPL to compensate customers.

“The management team of BPL should with immediate effect allow for reimbursements to compensate for the excessive load shedding, outages since Wednesday until Sunday,” she said.

“Bahamians are by nature very accommodating, but enough is enough.”

Michelle Munnings Peart, a mother of two, slammed BPL for “failure to be proactive” and called the situation completely unacceptable.

“Why has it taken all day for this statement to be released,” she said.

“Did 20 people have to approve it?

“Instead of managing your customers’ expectations, you release a statement at almost 8 p.m.

“This is beyond ridiculous and completely unacceptable.

“You are all shooting yourselves in the foot due to your constant failure to be proactive in how you communicate with the public. [I’m] fed up.”

Businesses were also impacted across the island over the weekend.

In a broadcast to is customers on Instagram, the company said, “To our valued guests, we regret to advise that due to numerous power outages we are unable to operate at maximum capacity this evening.

“We are unable to show movies in IMAX, 4DX, and Pure.

“We apologize for this inconvenience, however, we will honor your tickets this week…”

There has been persistent power outages for the past several months, however, the customers in various pockets of New Providence reported outages occurring as many as four times per day, and lasting well over three hours during each interval.

Parker noted that BPL has launched a campaign calling on customers to conserve electricity as a part of its effort to reduce demand on the system.

He noted while energy efficiency will provide customers with greater control over their power bills, it will reduce demand on the “earth’s natural resources”.

BPL sought to explain that it provides electricity to 101,000 customers across The Bahamas, and while it is mandates to ensure that there is sufficient supply at all times to meet demand, that demand is inconsistent due to peak periods and the continuous growth in the number of customers requiring power.

“In addition to higher than normal peak demand, power system stress can be induced by old, nearly obsolete transmission and distribution (T&D) equipment, insufficient generation capacity and the inability of our power system to respond adequately to external shocks,” BPL said.

“Load shedding is done as a controlled option to respond to unplanned events to protect the electricity power system from a total blackout.”

In March, the government signed a contract with Finnish technology group Wartsila for a $95 million new 132-megawatt engine power plant at the Clifton Pier Power Station.

The seven generation assets arrived in New Providence in May.

The engines, which are expected to address long-term generation capacity will be fully installed by September 2019, according Minister of Public Works Desmond Bannister.