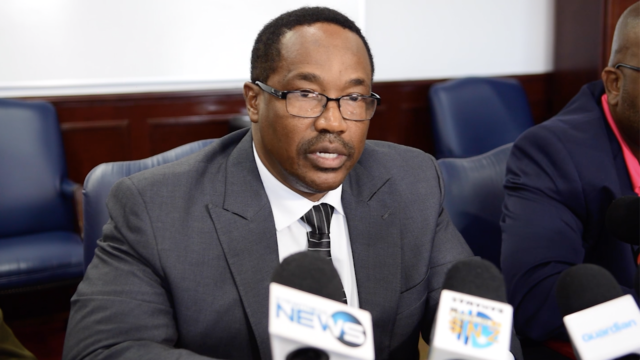 NASSAU, BAHAMAS — Amid persistent load shedding in recent weeks and concerns among customers about high electricity bills despite the outages, Bahamas Power and Light (BPL) Chairman Donovan Moxey said the power provider plans to address the public soon to indicate “where we are at” and update its customers on a number of cost-saving initiatives undertaken.

While the chairman, who was contacted for comment, did not provide details, Moxey said BPL has continued to explore means to reduce the cost of electricity and pass on savings to consumers.

Speaking to Eyewitness News Online, Moxey said, “We are going to update the public on where we are with all of those activities, we’ve been working on to help reduce cost and provide stable electricity. So, we will provide updates down the line.”

When asked about the persistent load shedding over the holiday weekend, which fueled outcry among residential and commercial customers on social media, Moxey deferred questions about the operations of the power company to BPL Director of Communications Quincy Parker and BPL CEO Whitney Heastie, noting that there was a communication process.

In a statement Tuesday, BPL apologized to consumers for the weekend power outages, saying it recognized the inconvenience caused to communities in New Providence.

The power provider said it was working diligently to address the issues raised by aging infrastructure and a transmission and distribution grid in need of an upgrade. The cause of the outages, however, remained unclear.

“While we are still investigating the causes for the outages, we can confirm that three of our major generation assets were out of service, which exacerbated the challenges we are facing during the summer months,” BPL said. “The failure of these assets extended the period of load shedding, which we were forced to undertake. BPL management would like to that the generation team for their continuing hard and brilliant work as they seek to return these assets to the grid.”

BPL also assured consumers that the it is “vigorously pursuing” all courses of action to address what it called obstacles, including the rate reduction bond process, which it said will allow the power provider to access a much-needed capital infusion at this critical time in our ongoing development.

The power company said it looks forward to the completion of the 132-megawatt power plant before the end of the year, noting that the baseload generation capacity of the new plant is expected to “address some of the issues mentioned earlier, and will help BPL provide stable, reliable electricity to our customers in a safe and more affordable manner”.

Opposition Leader Philip Brave Davis yesterday lamented the persistent load shedding in New Providence in recent weeks and said the government has a responsibility to provide the Bahamian people with a proper explanation and when the load shedding will end.

The exercise continued for much in a three-hour rotation over the holiday weekend.

In a statement around 9:30 a.m. Sunday, BPL also advised consumers in Blue Hill Road, Golden Gates #2, Solider Road and Garden Hills that due to a blown transformer power in those areas would be interrupted temporarily.

Minutes later, the company said power had been restored to Blue Hill Road and Goldens Gates #2.

Around 11 p.m., BPL said due to “technical difficulties” power to nearly a dozen communities in southern and southeastern New Providence was interrupted shortly after 10 p.m.

The company continued load shedding up until nearly midnight.

The new plant is expected to be completed before the end of the year.

In June, Moxey said sufficient rental generation would be installed before the end of the first week in July to provide some relief, however, he advised that load shedding could still be possible until the installation of the new plant is complete.

Nearly a month later, the full complement of rental units has yet to be installed.

When contacted last week, Parker said five megawatts of rental units was sent to Bimini to bolster power generation on that island; 14 megawatts have been installed in New Providence, and Aggreko — the world’s largest temporary power generation company — was “working with BPL to bring the remainder (six megawatts) online as soon as possible”.

He accused the company of being partly responsible for BPL’s inability to meet demand.