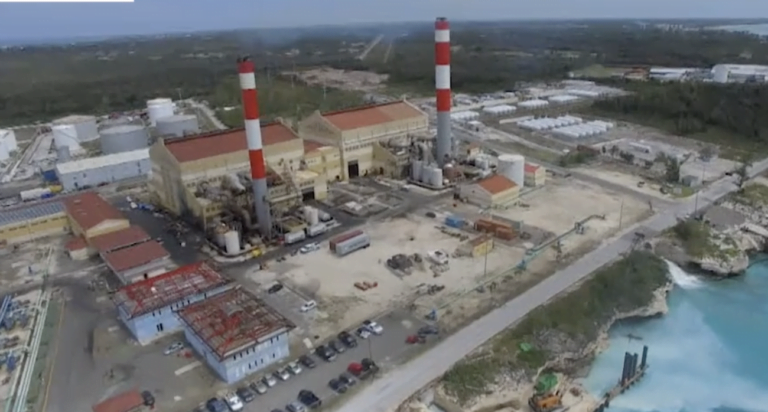 NASSAU, BAHAMAS — Bahamas Power and Light CEO Shevonn Cambridge said that the company’s predictions are holding up in that power consumption has decreased during this fall season.

“Basically the data is holding true in that the peak of the summer period has dropped and you probably realize that now the evenings are cooler, and even with some of the impact of Daylight Savings Time, I think you have people going to bed earlier, so what we are realizing is that the overall consumption, it has dropped. It is consistent with our projections,” he said.

Cambridge added that customers have always noticed the dip in power costs adding to their net bill has also gone down comparatively to the month prior.

He said: “As a matter of fact, the number of the consumers that I’ve spoken to have expressed a somewhat a bit of surprise that the net bill is actually less than it was a month ago, even with the increase; and so that means that the assumptions that were made, the problem and the projections are holding true.”

The BPL CEO said that the final bill is mainly determined based on the calculation of the number of units used times the rate and that their rate has been consistent with fuel charges being the only minor adjustment.

“The only other thing that would, you know, factor into the equation that is responsible for the reduction would be the fact that the overall amount of units that you’re using has reduced.”

Threats of a global recession next year and ongoing inflation are expected to have an impact on all major sectors including fuel, Cambridge said that there are many things that can impact the price of fuel in general, and therefore he cannot predict how the recession would potentially impact fuel costs.

“If we were able to predict that with any degree of certainty. You know, we could get a Nobel Peace Prize, basically. So it’s hard to say because so much of that is in the controls of things like OPEC and whether they release or they increase pumping how many barrels they release, and even just things that they do to influence the market,” Cambridge said.

He stated however that as fuel prices increase people tend to cut back on activities, like travel, and consume less among other practices.

Nevertheless, Cambridge stated that as a utility, BPL has made provisions to deal with potential economic curve balls that would impact the supply, adding that the company is also working to we’re able to produce electricity at a lower rate by using cheaper fuel.

“We’re cutting out a lot of the nontechnical and some of the technical losses that we identify in the system, and we’re also looking at things like hedging and also just going out to market to ensure that we’re getting the right price and ensuring that whatever raw products that we need or utilize in the production of electricity, that we’re using them efficiently and then on the back end and to ensure that we’re collecting efficiently as well.”

Another strategy is to increase efficiency by purchasing cheaper fuel, which Cambridge said does not mean a lesser quality but the standard quality fuel bought at the best market price as the variety of generators require different fuel products.

“So whichever fuel is, giving us the best price in the market at the time is the fuel that we prioritize generation on, so we constantly remain flexible in our generation mix to ensure that we’re able to meet the load demand as efficiently as possible.

“So that means we have what we call a merit order a loading program, and we load up our most efficient generators first, so when we hit our peak is will be down to the less efficient generation,” Cambridge added.

“So if we’re able to use the most efficient generation first, regardless of which fuel, depending on which fuel is actually the better pricing mix at the time, then you’re able to produce and meet your load as efficiently as you possibly can.”