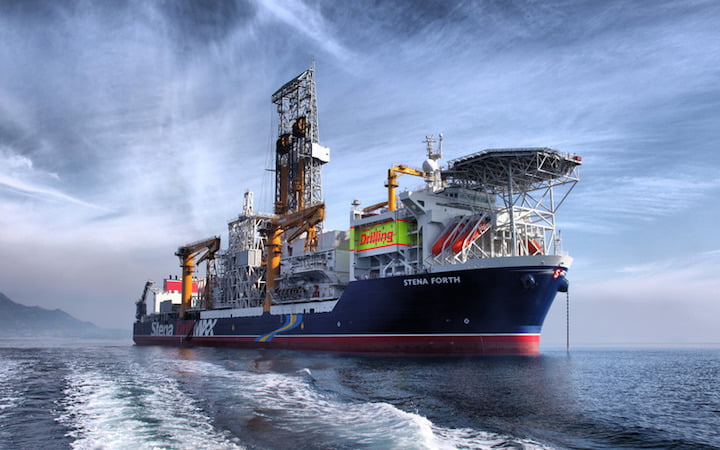 The Stena Forth drillship.

NASSAU, BAHAMAS — The Bahamas Petroleum Company has announced December 15 as the new date for the start its exploratory oil drilling in The Bahamas.

BPC received formal notification from the government in February to proceed with plans to drill exploratory oil wells before the end of 2020.

The company has four licenses in the territorial waters of The Bahamas, which was extended until 31 December 2020.

“In March 2020, we were within weeks of commencing the drilling of our Perseverance #1 exploration well when we were compelled to defer due to the impacts of the COVID-19 pandemic,” said BPC CEO Simon Potter in a statement.

“Immediately, we undertook a range of activities necessary to reschedule activity toward the end of 2020 and into the first quarter of 2021, consistent with our license obligations (as extended for the declared force majeure event), by which time we expect the worst of the broad suite of impacts of the pandemic to be behind us.

“To this end we are have entered into a rig contract with Stena Drilling, which provides a firm series of parameters on rig rate, provision of mobilisation and demobilisation costs, and defines a revised drilling window of 15 December 2020 to 1 February 2021.”

BPC was initially granted the license for exploratory oil drilling in 2007 and subsequently got two renewals under the Christie administration.

The government currently maintains that it was legally obligated to extend that license.

BPC now estimates the total cost of Perseverance #1 to be in the range of $21 million to $25 million – a material reduction from the most recent prior comparable estimate.

BPC has noted however that the extent to which these contingent elements are utilised will not be known until closer to or during drilling operations, and decisions in relation to incurring those items will be based on capital availability at that time.

A group of US representatives have also expressed their opposition to BPC’s oil exploration efforts and have seeking to dissuade the Bahamian government from authorizing exploratory drilling.

Key concerns were penned in an April 17th letter to US Secretary of State Mike Pompeo and  Stephanie Bowers the Chargé d’Affaires at the US Embassy in Nassau by Congresswomen Debbie Wasserman Schultz and Debbie Mucarsel-Powell along with several other representatives.

The local and international environmental community have also called on the government to respond to the Congress members’ letter promptly and to immediately revoke the exploratory license granted to BPC.

Holy cow that is some ship ! Is it real ? Or a photo ,considering oil is for sale at I will pay you $40 per barrel to take away how are they going to make money if they even strike oil I think it is a joke

I hate to a oil spill in the Bahamas….

the Bahamas fuck cause they know we have way more resources than oil so way destroy aquatic resources just for oil ??‍♂️?

the Bahamas fuck cause they know we have way more resources
than oil so way destroy aquatic resources just for oil ??‍♂️?