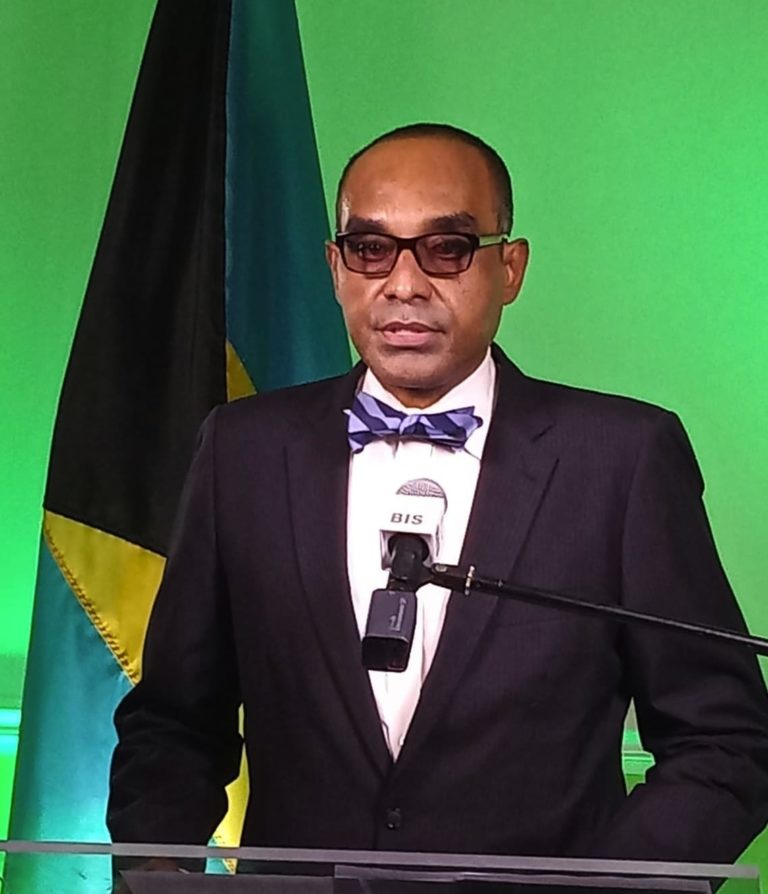 Minister of the Environment and Housing Romauld Ferreira.

NASSAU, BAHAMAS — Minister of Environment Romauld Ferriera advised yesterday that all environmental clearances have been issued to Bahamas Petroleum Company for its exploratory oil drilling in the country.

During a press conference on his ministry’s work, Ferriera said the project is expected to start drilling in the first quarter of 2021.

BPC had announced in May that it had pegged December 15 as the start date for its exploratory oil drilling in The Bahamas.

BPC received formal notification from the government in February to proceed with plans to drill exploratory oil wells before the end of 2020.

The company was initially granted the license for exploratory oil drilling in 2007 and subsequently got two renewals under the Christie administration.

The company has four licenses in the territorial waters of The Bahamas.

A petition was launched two months ago by Our Islands Our Future to “Help save The Bahamas from oil drilling”.

The petition continues to receive support reaching nearly 12,000 signatures towards its 15,000 signature goal, as of yesterday.

“Prime Minister Hubert Minnis has one last chance to protect our nation’s economy and precious natural resources from the devastating ravages of oil pollution before it is too late,” it reads.

“We ask you to join us in this urgent petition asking the Prime Minister to cancel all existing oil exploration licenses, reject all proposed renewals and impose a permanent ban on fossil fuel exploration anywhere within our maritime borders.

“The critical threat posed by oil drilling to our world-renowned oceans, reefs and beaches cannot be exaggerated.”

A group of US representatives have also expressed their opposition to BPC’s oil exploration efforts and have been seeking to dissuade the Bahamian government from authorizing exploratory drilling.

Key concerns were penned in an April 17th letter to US Secretary of State Mike Pompeo and  Stephanie Bowers the Chargé d’Affaires at the US Embassy in Nassau by Congresswomen Debbie Wasserman Schultz and Debbie Mucarsel-Powell along with several other representatives.

The local and international environmental community have also called on the government to respond to the Congress members’ letter promptly and to immediately revoke the exploratory license granted to BPC.

When asked about promises made to the environmental community early on in his tenure as minister, Ferreira said, “We did meet and we did say there were no new licenses issued. That was the crux of the meeting.

“This isn’t a new license. It’s a continuation of an existing license and we were advised by our attorneys at the office of the attorney general that this arrangement had to be honored.”