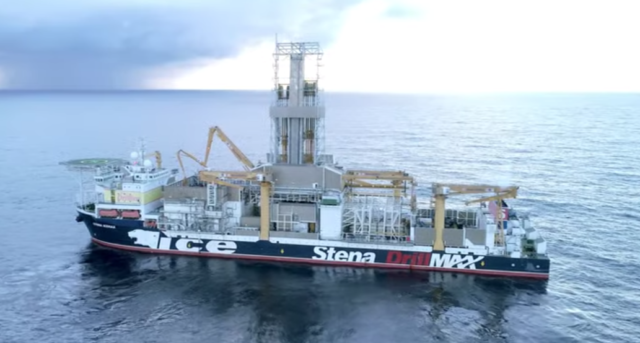 NASSAU, BAHAMAS — As Bahamas Petroleum Company (BPC) continues to face strong opposition from local and US environmental groups, one of its financiers is now expressing “regret” over involvement in facilitating funding for the company’s offshore oil exploration activities.

Lombard Odier, a Swiss private bank, in a brief response to Eyewitness News’ inquiries, said: “We regret this situation and are taking the necessary actions to address it. This investment decision was not aligned to our commitment to sustainability and our strategic investment framework.”

The history of BPC’s funding strategy indicates that on December 14, 2020, the company entered into a funding agreement with an institutional investment fund managed by Lombard Odier Asset Management. Under the funding agreement, a fixed number of 375 million shares was issued to the Lombard Odier Asset Management to secure $10 million in immediately available funds.

At that time, BPC also entered into a “funding option agreement” with the investor, under which BPC was granted an option to place a further fixed number of up to 187.5 million shares to the Lombard Odier Asset Management to raise up to a further $5 million. The investor could also opt to double that amount and provide a full $20 million.

BPC began drilling its exploratory well on December 20 and has indicated that Bahamians could learn in a matter of weeks if The Bahamas is an oil-rich nation.

A Supreme Court judge has granted environmentalists leave to seek judicial review of the government’s approvals for BPC to drill an exploratory well in Bahamian waters. The judge also ruled that Save The Bays and Waterkeeper Bahamas Limited have “an arguable case”, but denied the applicants’ application for a stay of the ongoing drilling exercise.

BPC’s finances, and whether it has sufficient funding to complete the Perseverance #1 exploratory oil well in waters 90 miles west of Andros, is an issue that was raised in the judicial review challenge.

Oil exploration opponents have argued that BPC lacked sufficient funding and insurance for its first well — claims the company has strongly denied.

The estimated total cost of Perseverance #1 is in the range of $24 million to $28 million, with identified contingencies of up to $7 million.

This is sad. The best and quickest way for the Bahamas to create a green economy is for there to be oil, and to use the tax revenues gained from its extraction to move to net zero. Otherwise what? The Bahamas is a beautiful place but it is a hugely indebted economy, reliant on US oil imports? Unable to invest to change. With a pandemic that has, let’s face it, likely changed the face of tourism forever.

Well I marvel at their nerve in seeking the moral high ground on this. They have arranged finance at a crippling rate for BPC, which allows the lender a massive, risk free return in short order.
Whatever you think of BPC, please do not be taken in by LO’s hypocrisy. If they said they would donate their huge profit to charities in the Bahamas I’d raise my hat. They won’t, rest assured.

It’s not hypocrisy to correct a mistake and take steps to make sure it does not happen again.

Dear Mark,
With all due respect, there are some very big problems with your arguments, First of all, beginning extraction now would ERASE any future green economy for many years to come. The carbon emissions from this oil are MANY times that of the entire nation. “Net zero” is therefore impossible in the Bahamas in our lifetimes, if this moves forward.

Second, the Bahamas is never going to see this oil. It will go to refineries in the US or elsewhere, and enter the world market. Bahamas would have to buy it back at market prices. No local jobs either.

Tourism can come back from a pandemic, but the biggest risk is of a major oil spill.

Come on let’s face the facts ,only investors benefit from this oil!

It is hypocrisy to profit just the same. Their mistake was to get caught out. Words are cheap; they are happy to keep the huge profit they have made.
They aren’t correcting anything, just wringing their hands. Take a look at some of the “ethical” companies this lot invest in. BPC, and what you think of them, isn’t really the issue here. This is about a venture capitalist caught doing what venture capitalists do, and not liking the publicity. As I say, if they forego their profit I will be the first to doff my cap. Trouble is, they want the warm glow of public admiration … and the money. They are playing to type.

Just to follow this up, I wrote to the editor, asking whether Natario McKenzie might ask Lombard Odier what their intentions are regarding the profits they have made from their “mistake” in offering finance to BPC, albeit at hugely advantageous, risk free terms for themselves.
I felt this was an important question, which should have been asked and was for some reason overlooked. Lombard Odier were clearly keen to convey their distress at the situation in the article. To date, I have had no response from the editor and my letter has not been published. I think there may be an inconvenient truth lurking somewhere in this situation.