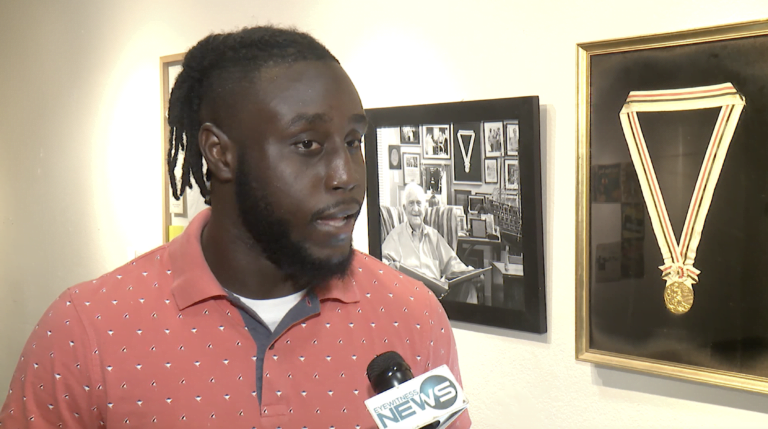 NASSAU, BAHAMAS – When 22-year-old Isreal Johnson is not making moves professionally in the boxing ring, he is creating other memorable moments by collecting and showcasing rare vintage Bahamian items, which he hopes will soon be placed in the country’s first Bahamian-owned museum.

“I collected my first piece at 11 years old and I did it honestly for my mom. I wanted to help her. We weren’t poor but we weren’t rich either,” said Johnson.

The internationally known boxer is also the CEO of Van Guard Limited, a company that is looking to build the country’s first museum of collectors’ items.

Johnson told Eyewitness News Online that he envisions the museum to be Downtown on Bay street, and he has held on to the idea for the past year, hoping to soon bring it to fruition.

Asked what led to his love of collecting vintage or antique items, Johnson said, “I experienced different cultures. I traveled for boxing as well, so when we came to The Bahamas it was so vacant, you couldn’t experience anything of quality.”

Johnson said he began his collection with coins and this evolved to include other items.

But as it now stands, Johnson said this is just the beginning of his journey to collect special pieces.

Johnson said he receives the support of the Central Bank of the Bahamas, and many of his items are on showcase there.

He said one of his most prized pieces at the Central Bank, however, is the country’s first gold medal.

“This is the first time it has ever been on display. It was a just a conversation with the family, and Sir Durwood Knowles’ vision was for his gold medal to be on display so that Bahamians could appreciate it,” Johnson said.