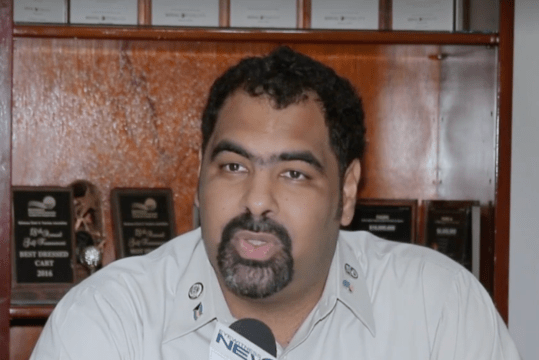 NASSAU, BAHAMAS — The 1.2 per cent drop in unemployment nationally between November 2018 and May 2019 is moot and does not reflect the current levels of unemployment facing the country, according to Clearing Bank Association Chairman Gowen Bowe.

Bowe, a former Chairman of THE Bahamas Chamber of Commerce and Employers’ Confederation (BCCEC), indicated that the Labour Force Survey, which is conducted every six months, is not a sufficient snapshot on unemployment in the country, particularly when the data from those surveys are released months after the reference period.

The latest survey which showed the drop in unemployment in May was released last week.

“We need statistics to be done in a timelier manner,” Bowe told Eyewitness News Online.

“Every May, we get jubilation and every November we get the actual pessimism and neither one is accurate.”

Bowe continued, “Every six months isn’t an indicator. We firstly need to get into an arena where we are doing this on a month-to-month basis.

“The statistics of the unemployment being under 10 per cent as being glorious is a bit premature because we have [yet] to see whether or not the initiatives that have been put in place have been creating jobs fast enough.

Bowe recommended that surveys should be conducted on a quarterly or even monthly basis, and juxtaposed to the economy’s growth in the time period, as well as the quality of jobs created.

“There are two factors that we have to take into consideration,” Bowe noted.

“The first is the creation of jobs and the actual speed or quality of jobs being created, and how quickly.

In a recent interview with Eyewitness News Online, Deputy Prime Minister and Minister of Finance Peter Turnquest said key to continuing the downward trend of unemployment is stimulating the economy, particularly the private and entrepreneurship.

Jobs growth in the hotel and restaurant sector was largely attributed to the recent decline.

However, Gowen explained that the only way the country can see a real dent in unemployment is through growth in the economy.

The Bahamas’ economy grew by 1.6 per cent last year.

Bowe said the country should steadily be under a 9 per cent unemployment, but that requires a greater degree of growth in the economy.

“We certainly want to see the unemployment rate under 9.5 per cent, but several studies have been performed and really they are saying that the Bahamian economy has to grow between four per cent and 5 per cent to make a meaningful dent in unemployment,” he said.

“What we will know is that while we have dropped to 9.5 per cent in May, by October we will be