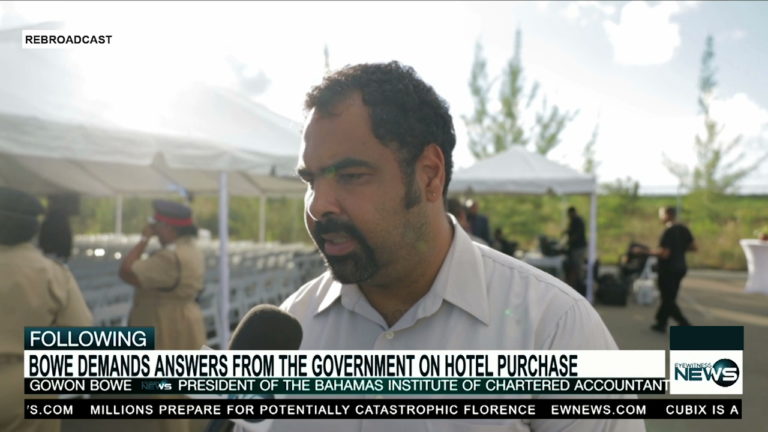 President of the Bahamas Institute of Chartered Accountants (BICA) Gowon Bowe called on the government to reveal the total cost for the Grand Lucayan after Deputy Prime Minister and Minister of Finance Peter Turnquest said the governments total cost to purchase, renovate and market the struggling property, could cost more than $100 million.

Bowe said the government needs to make it clear to the public how much will be lost over the deal. He questioned whether the purchase was a knee jerk reaction.

“What we don’t want to see happen is false hope and opening a hotel that is affordable and then closing in the not too distant future.”

Bowe said there need not be a political divide on the issue.

The BICA president said it is still too early to tell if the deal is a good one.

Last week the government tabled a resolution for a $35 million loan from Hutchison Whampoa for the purchase of the Grand Lucayan Resort.

Prime Minister Dr Hubert Minnis said, government’s intention is not to hold on to the property for any extended period of time but, to purchase it and “ready it for onward sale to the most attractive investor”.