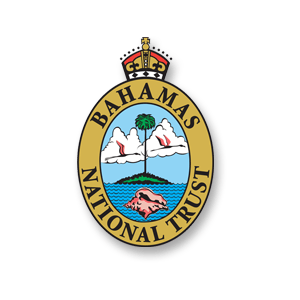 NASSAU, BAHAMAS — The Bahamas National Trust (BNT) yesterday voiced its opposition to the proposed $580 million South Abaco Resort & Marina project, noting that the donation of land and funds to the organization to support conservation activities would not influence its view of the project.

“The Bahamas National Trust is in direct opposition to the proposed South Abaco hotel, marina and residences development based on a thorough review of the environmental impact assessment (EIA) of the project. As stated by our allies, Sustainable South Abaco, the proposed development will directly reduce the quality and quantity of habitat available for bonefish, Bahama parrots and numerous other commercially and culturally important species. This threat is compounded by the proposal’s economic shortcomings which could undermine the project’s success, leaving large areas of pristine terrestrial and marine ecosystems decimated,” the BNT said in a statement yesterday.

It added: “While the proposal includes plans to mitigate some environmental damages, these measures are not enough to justify the environmental degradation necessary to complete the resort, marina, golf course and other structures. One mitigating activity of note is the donation of land and funds to the BNT to support conservation activities. This concession was not the result of any request, solicitation or suggestion from the BNT and will not influence the organization’s view of the project.”

According to the BNT, the proposed marina will disrupt the nation’s second-largest freshwater lens — the source of much of the unique biodiversity found in the area and in the Abaco National Park.

“In addition, construction and dredging will generate turbidity which can disrupt one of the largest bonefish spawning aggregations in The Bahamas, coral reefs and seagrass beds in the area. Lastly, a significant portion of rare, old growth coppice habitat that supports Bahama parrots, Bahama warblers and other resident and migratory birds will be severely degraded. These are just three examples of the many negative impacts this and other unsustainable developments can have on the environment that supports our way of life. Allowing this development would mean sacrificing the ways of life people have come to rely on for a questionable chance at financial returns,” the BNT noted.

BNT Executive Director Eric Carey said: “A national investment policy should be formulated in coordination with the national development plan to seek developments that are sustainable, environmentally friendly and that complement how we would wish development to take place on our chain of islands.”

The BNT said it plans to canvass the owners of properties surrounding national parks and protected areas to gauge and generate interest in sustainable developments that would complement natural areas.

Ronnie Ben-Zur, principal of Tyrsoz Family Holdings, the developer behind the South Abaco project, in an interview with Eyewitness News last month expressed confidence that environmental concerns would be allayed.

A heads of agreement between the government and the developer was signed back in February for what is being touted as a low-density, ultra-luxury hotel, residential and marina development for the secluded, undeveloped coastal region of South Abaco.

The development, however, is not without opposition as multiple Bahamian and international environmental groups have urged the government to reject the project, warning that the sheer scale of the development could have irreversible negative impacts on the environment.