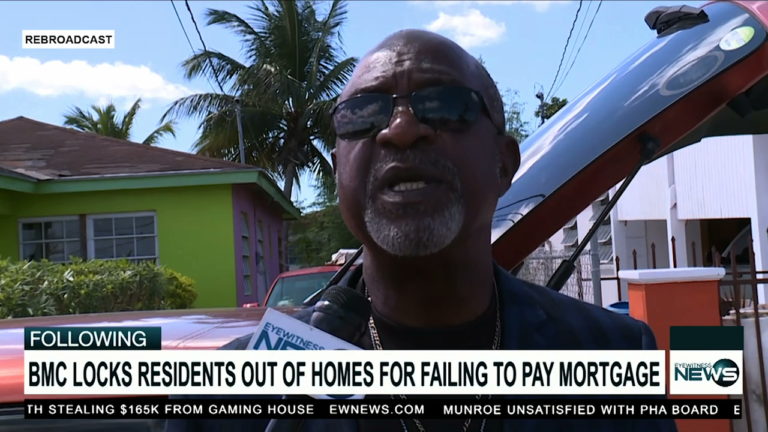 Several homeowners had the locks on their homes changed yesterday after reportedly ignoring eviction notices by the Bahamas Mortgage Corporation (BMC) for failing to pay their mortgages for more than five years.

Tearful homeowners told Eyewitness News that times were “too tough” for them to keep current on their mortgages and that they were not served any court notice to pay.

But court officials refuted their claims stating that the former Christie administration allowed residents to remain in homes without making payments and they simply can no longer reside for free, as was reportedly allowed under Progressive Liberal Party’s (PLP) leadership.

“The [owners of homes] that we are to change the locks on have been to court,” said Supreme Court bailiff John Davis.

“Most people believe court would only rule on one side but they don’t work like that. Both sides were present and the court has made this final decision,” he said.

“The former government had put a stop to eviction to allow people to catch up and pay but, they didn’t make their payments and they thought they could remain free.”

Chief Collection Officer at BMC Ken Gibson said, customers have had numerous chances to bring payments up to date and said, there is no recourse or time left to make payment

When asked about the mortgage relief plan that the former administration had introduced, and if those homeowners facing eviction were able to quality, Gibson said, some participated in the plan and were assisted and others made no attempt to make payment.

Affected homeowners argued however, that they were facing hard times and were unable to pay

Former chairman of the BMC Alex Storr reported last year that the corporation’s arrears were close to 40 per cent.