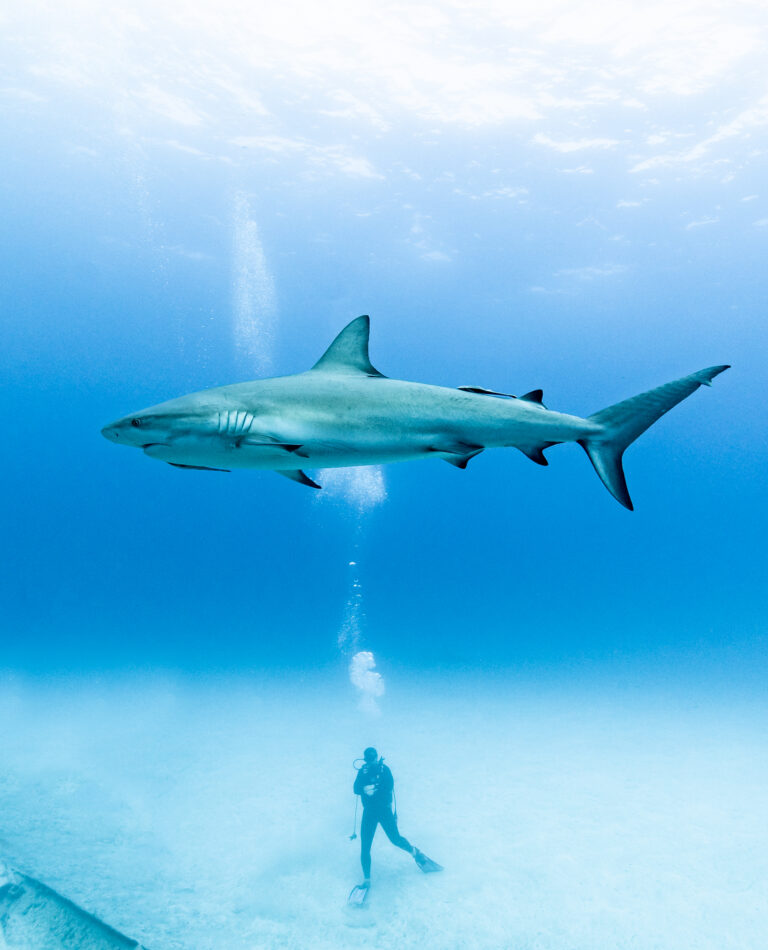 NASSAU, BAHAMAS — One of the world’s top marine scientists applauded The Bahamas for its decade-long shark sanctuary status, but told Bloomberg News last week that it would take regional cooperation if the world wanted to live up to its international goal of 30 percent ocean conservation by 2030.

Dr Austin Gallagher, who has been engaged in Bahamas research projects for over a decade and has tagged and monitored the behavior of more than 300 sharks in Bahamas waters, said any serious effort to protect life in the sea will take countries agreeing on measures and working together to create broad regional marine protected areas (MPAs).

“We know that large marine protected areas are really what are needed in order to properly conserve sharks because sharks have large homes ranges,” Gallagher told Bloomberg Green.

Species vary, with some staying relatively close to “home” but others being tracked moving through as many as nine countries in a single migration.

Gallagher continued: “Sharks, like other marine animals, do not recognize political borders.”

How marine species use the waters of the Caribbean has been a major focus of “Beneath the Waves”, the non-profit Gallagher heads as lead scientist. In more than 90 peer-reviewed published research papers, Gallagher’s findings have reaffirmed the needs for human intervention to protect marine life disrupted by waves of overfishing, pollution and habitat loss.

Research has shown that shark and ray populations have declined by just over 70 percent in the last half a century.

Gallagher pointed to the economic benefits the shark sanctuary has created, stating that shark diving, snorkeling and in-water experiences likely generate some $114 million per year for the local economy.

But, he said, getting countries with widely divergent policies on marine animal protection to agree is a daunting challenge with some, like The Bahamas, understanding the need to act decisively and others leaving preservation in the hands of hope, fortune and faith.

“What MPAs actually do can vary,” Gallagher said.

“They do not all have to be no-take zones — some can begin to address the value of seagrass or mangrove protection, for instance. The critical thing is to use science to inform action as swiftly as possible.”

“Beneath the Waves” is also working on ways the marine environment can help mitigate the impact of climate change and its work on blue carbon is gaining international attention, with The Bahamas as a potential leader for nature.