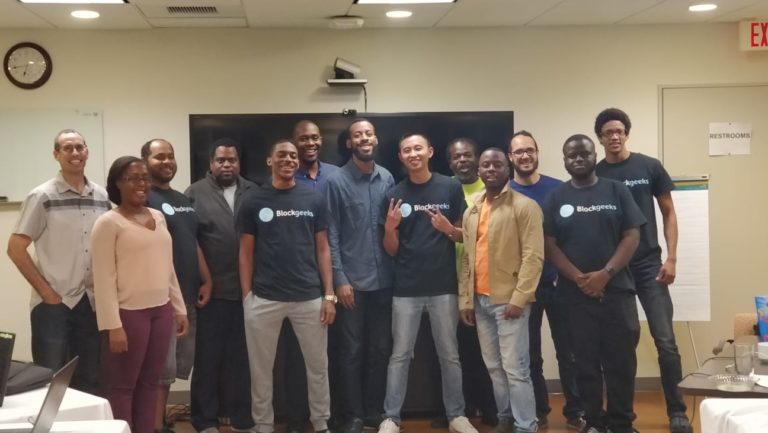 NASSAU, BAHAMAS – A Bahamas-based blockchain group recently took the first steps to further train and connect skilled local software developers in preparation for the billion-dollar industry’s projected 70 per cent growth in the next five years.

Nearly 25 skilled software developers started out on the three-month coding boot camp, organized by the Caribbean Blockchain Alliance (CBA) and supported by the Inter-American Development Bank. The completion of the final exam will see the top five participants advance onto a six-month-long internship with Bahamian technology firm PO8, which could connect the developers to greater opportunities around the world.

“The internship is a pilot,” said Stefen Deleveaux, founder of the CBA. “What we’re trying to do is educate them first and the goal after that is to try to connect them with blockchain developer companies looking for blockchain developers in the Caribbean region.”

Already, he said there were companies abroad looking to work with local developers for projects. It signals the need, he said, to get the local market up to speed to prepare for this demand.

His comments come as global predictions forecast the now $1 billion blockchain market size to grow to $23.3 billion by 2023, representing a compound annual growth rate of 80 per cent for that period.

Analysts attribute this market growth to various factors like increasing venture capital funding and investments in the blockchain technology, the creation of business transparency and immutability, a rising need to simplify business processes and reduction in operational costs as well as the increasing popularity of blockchain technology in retail and supply chain management.

Deleveaux said that while there were more than 100 responses from the ad that went out on social media, only about 25 of the applicants had enough of a skilled background to advance to the course. The arrangement allowed existing tech professional to retool themselves in the area of blockchain coding.

Among other tasks, he said participants had to come in ready to participate in a two-day hackathon to get them collaborating on revolutionary ideas that can improve a process.

“It’s when you get a room full of people and they just work on a project in teams and they build a product at the end of the day and they present their idea,” he said. “It’s essentially the pilot of what could be a bigger project.”

Once the internship is complete, Deleveaux said more Bahamian developers will be able to offer their freelance services to companies locally and abroad looking for their skills set.

The CBA, a non-governmental organization, is now seeking to promote the use and adoption of blockchain technology in the Caribbean region, through education and advocacy.

“One of our goals is to build multiple cohorts of blockchain developers,” said Deleveaux. “Blockchain technology will be the foundation of much of the software infrastructure in the future, and developer education will definitely open up opportunities for high-paying, high-skilled jobs.”