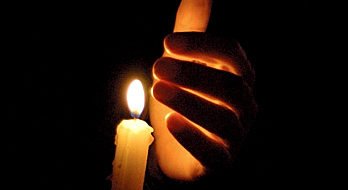 Workers union pres: BPL not always at fault for outages

NASSAU, BAHAMAS — Thousands of residents on New Providence were plunged into darkness overnight on Friday after an “operational glitch” at the Clifton Pier Power Plant resulted in an island-wide outage.

The latest blackout came amidst a series of power outages over the past week as Bahamas Power and Light (BPL) gears up to meet peak summer demand.

Finnish technology group Wärtsilä, operators of the power plant at Station A at the Clifton facility, advised in a statement that around 2.30am on May 20, an operational glitch at the station resulted in generating units going offline.

“This event triggered an island-wide outage on New Providence”, the statement said.

“Wärtsilä together with BPL personnel worked swiftly to remedy the situation.

“We sincerely apologize for any inconveniences caused as a result of this outage. Although this kind of occurrence is rare, be assured that Wärtsilä is already in the process of investigating this matter to determine the root cause of the failure with the goal of making sure that there would not be a reoccurrence.”

BPL said at the time that its provider, Sun Oil, had “assured that all necessary steps are being taken to remedy the matter” and was working to stabilize the power supply.

President of the Bahamas Electrical Workers Union (BEWU) Kyle Wilson said the situation Friday night could have been avoided, adding that the issues are being addressed.

“They had trucks in and out all day, cleaning out those tanks, removing any contaminants, any sludge, anything from the tanks, and that’s been an ongoing 24-hour process,” he said.

Wilson, however, noted the power company is not always at fault, adding that public interference has also been the cause of outages.

“You have persons who run into lamp holes, persons who hit transformers, persons digging who cut BEC cables, and they cause faults and trips,” he said.

“These machines are designed to protect themselves, so even though it’s an external issue, the machines here are going to come offline until that issue or that fault is fixed.”