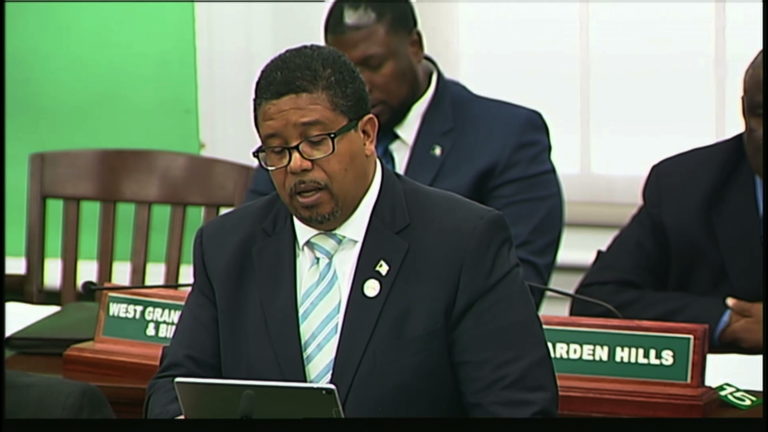 EU set to add The Bahamas to list Tuesday

Deputy Prime Minister and Minister of Finance Peter Turnquest said yesterday he was “disappointed” that The Bahamas is pegged to be added to the European Union blacklist of tax havens next week.
Turnquest said in a statement that the move was “surprising”, as  The Bahamas has consistently been engaged with the Organization for Economic Co-operation and Development (OECD) and the Code of Conduct Group (COCG) on the EU listing criteria – including as late as last week.
“In December 2017, The Bahamas signed onto the Inclusive Framework for the implementation of the Base Erosion Profit Shifting (BEPS) initiative with the OECD. This solidified our international commitment to comply with measures to avoid tax planning strategies used by multinational companies to exploit gaps and mismatches in tax rules to artificially shift profits to jurisdictions where there is low, or no actual economic activity,” Turnquest’s statement read.
“The Bahamas has taken immediate steps to reiterate its commitment to the European Commission with respect to the non-facilitation of offshore structures and arrangements in the jurisdiction aimed at attracting profits without real economic substance for the purpose of profit shifting.  Legislation is currently being drafted to give effect to the implementation of the BEPS minimum standards and to address gaps in our current regulatory regime identified by the COCG.  We anticipate that this legislation will be laid in the House of Assembly by April 2018.”
Turnquest said the government hopes that efforts to address the EU’s concerns will result in the favourable consideration of The Bahamas as a cooperative tax jurisdiction.
He said the Minnis administration will “continue to demonstrate our commitment to international regulatory standards and initiatives thereby ensuring that the Bahamas remains a clean, compliant and cooperative jurisdiction.”
On Friday, in an article on Reuters.com, the publication refers to a document prepared by EU Officials dated March 8, that lists The Bahamas, the U S Virgin Islands and Saint Kitts and Nevis as jurisdictions “deemed to facilitate tax havens.”
The decision, taken by EU tax experts, is set to be endorsed by EU finance ministers at a regular monthly meeting on Tuesday, the article said.Nine jurisdictions are set to be blacklisted.
The other six are American Samoa, Guam, Namibia, Palau, Samoa and Trinidad and Tobago. The document, according to Reuters, also adds Anguilla, The British Virgin Islands, Dominica and Antigua and Barbuda to a so-called grey list of jurisdictions “which do not respect EU anti-tax avoidance standards but have committed to change their practices”.
Blacklisted jurisdictions could face reputational damage and stricter controls on their financial transactions with the EU.