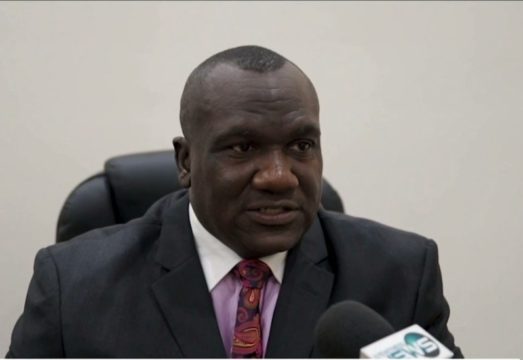 NASSAU, BAHAMAS – Emphasizing that he was stating his “personal views” and not those of the Council, President of the Bahamas Christian Council Bishop Delton Fernander on Wednesday questioned if the Bahamas was ready to face the negative consequences that could arise if marijuana is decriminalized.

“The message of the Marijuana Commission seems to be mixed. You have the Rastas who seemingly want marijuana for religious purposes, you have those who want small quantities to be accepted, you want medical marijuana to be released, but I am thinking that we have to think this through before we launch this on our community,” Bishop Fernander told Eyewitness News Online.

As it now stands, the Bahamas National Commission on Marijuana –  comprised of 23 professionals from varying sectors of society and headed by former deputy commissioner of police Quinn McCartney – continues to gather public feedback to decide which direction the country will take on the controversial issue.

The committee has until September to report their findings to government.

Yesterday, Bishop Fernander also questioned the effect that legalizing marijuana would have on society in the face of escalating crime.

“In the present condition that we are in as a nation, even if it is that the Rastas are arguing that they want it for religious purposes…can we deal with the effects [of legalizing marijuana] if a society is traumatized with so much ills; when we are talking about what happened this past weekend,” Bishop Fernander asked, referring to the three murders that occurred last week and Sunday’s mass shooting in Montell Heights which injured 14 persons.

“Can we now launch this [legal marijuana] on our community and think that nothing will happen?

“Will it be a smooth launch?

The Christian Council president also highlighted that while many may feel as if legalizing marijuana would not pose an issue for society, he invited them to examine how alcohol has created a problem for many.

“We have legalized alcohol on our society and we did not put in any AA’s [alcoholic anonymous], we did not come up with any remedies for those who are drinking too much, and we are now still facing the effects of a legal drug,” Fernander said.

Meanwhile, the Marijuana Commission have so far hosted a series of town hall meetings in Abaco, Eleuthera, Exuma, New Providence and Grand Bahama. Meetings are also planned for North and South Andros in the coming months.

The Commision has also planned trips to Jamaica and Canada to learn what has influenced their decisions to legalize aspects of the industry. And while it’s a process that some advocates of marijuana legalization have labeled as “prolonged,” head of the Marijuana Commission Quinn McCartney told the media last month that the Commission wants to  give this issue sufficient time because it is an important and critical issue.

McCartney said the Commission has been gathering information on possible medicinal uses of the herb, its economic benefits, consideration for its legal use in religious practices, legalization for recreational use and what regulatory framework is needed to govern the marijuana industry if legalized.