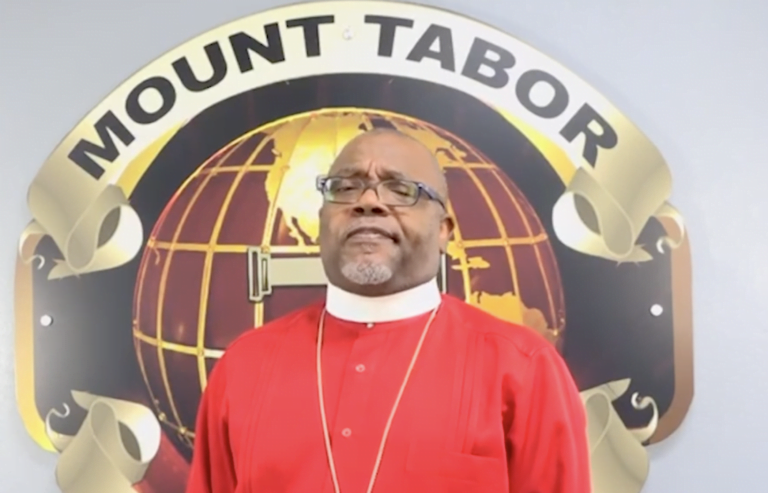 NASSAU, BAHAMAS — Senior Pastor of Mount Tabor Church Bishop Neil Ellis yesterday confirmed that he will be leaving the church ministry on January 11 next year.

After thirty-six years in full-time ministry, Ellis also shot down rumors that he was being considered for the post of Governor-General.

He said he has not been officially approached and offered the position during an interview with Eyewitness News.

“What do I do after that? I’ll deal with that when I’m finished with this and that’s my take on it.”

Ellis said: “First of all let me just say this the last several years my focus has been ending this season here you know, I hear the rumors just like you and to me right now that’s just what they are, rumors […] if I am at that point, I’ll deal with that.”

When asked whether accepting such a role would present a conflict for the separation of church and state, Ellis explained that he sees nothing wrong with a pastor serving in a political role.

However, to him, that’s not the case for the Governor General.

“First of all, I don’t see the role of Governor General as a political role,” he said.

“That’s a healing role, that’s a role of bringing people together it’s non-partisan; at least that’s what I understand it to be.

“As it relates to politics, if it were politics, this country has a history of church and state being involved when it comes to politics, we’ve had any number of religious leaders involved in frontline politics we have one or two pastors in the parliament today.

“In the last Parliament, there were three pastors so to me that story is as old as whether a woman’s place is in the home.”

Ellis said he plans to focus on more advocacy, adding it was necessary to redefine some aspects of the country and culture as it develops.

However, he said he is ontent in his position as Mount Tabor’s Senior Pastor and looks forward to retiring in 2023.

“I’ve been very very focused as senior pastor here […] I am not keeping leaving in my mind because I have not yet left,” he said.

“I intend to be faithful until the end that’s the 11 of January, God-willing when I intend to install the second senior pastor of the Mount Tabor Church. Where do I go from there? God knows and I’ll follow his lead.”