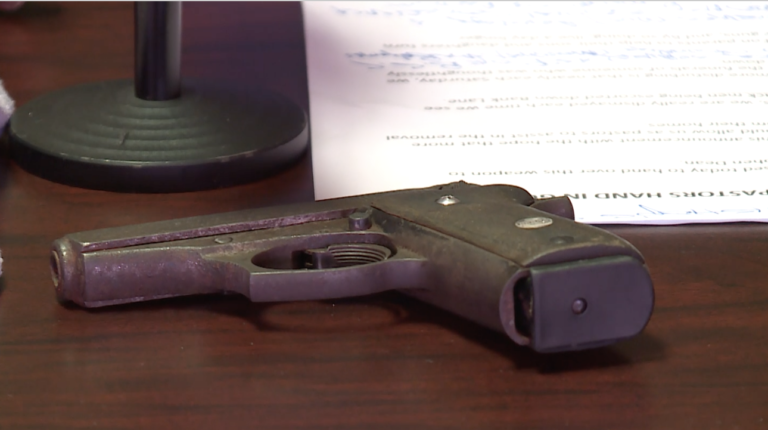 Former Christian Council President Bishop Simeon Hall convinced a member of his congregation to turn over a gun said to be in her son’s possession, telling her, “It is better to help your son to turn in the gun than to visit him in prison or to arrange his funeral.” The Bishop then turned the gun over to the police on Wednesday.

Hall told members of the media that he received a call a week ago from a family who was concerned that their son had an illegal gun in his possession.

He said that the family had done its best to encourage him against keeping the weapon.

“I said to them to give me the gun and I will give it to the police,” he said. “I’ve done this several times before.”

The bishop said he is currently counseling the young man who allegedly held possession of the gun.

He is encouraging young men to do the right thing and said they can call on the church when in need.