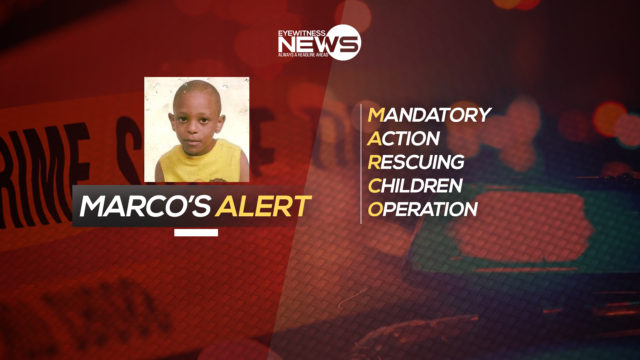 NASSAU, BAHAMAS – National Child Protection Council Chairman Bishop Arnold Josey said yesterday that he hopes the government’s announcement that it will soon implement the MARCO (Mandatory Action Rescuing Children Operation Alert) system will not be yet another unfulfilled promise.

Minister of National Security Marvin Dames announced recently that Cabinet had given the ministry the green light for the Minnis administration’s revamped MARCO alert system.

The system is expected to be rolled out by July.

“I had an opportunity to speak to a group of young citizens on the crime forum being held by Bain Town and one of the questions they put to me is, ‘what was taking so long’, and I didn’t have an answer.

“So, the fact that it is now here I am just excited that it gets done.”

There were seven child abductions in five separate incidents in New Providence between February 16 and March 29.

The incidents reignited national debate about the implementation of the MARCO Alert system and a sex offenders registry.

The MARCO Alert system is expected to be similar to the U.S. Amber Alert.

Activist and Rights Bahamas attorney, Fred Smith, QC , who advocated for the program to be activated told Eyewitness News Online he is confident in the minister’s proposed implementation timeline.

He said, however, Dames should be held accountable if no headway is made soon.

“We should always hold the government’s toe to the fire,” Smith said.

“However, I am satisfied that this administration, in particular Minister Dames as minister of national security… is going to bring MARCO Alert system into effect shortly.”

The MARCO Alert system was initially introduced under the Christie Administration.

Upon assuming office, the Minnis administration restructured the program.

The system is expected to ensure that there is immediate notification across multiple digital platforms, immediately alerting the public when a child is reported missing.

Yesterday, Progressive Liberal Party (PLP) Chairman Fred Mitchell said that despite a number of setbacks he is confident in the system’s progress and implementation soon.

“I think this MARCO Alert will help,” Mitchell said.

“It was legislation carefully designed by the late Bernard Nottage (former minister of national security under the Christie administration) and it is long overdue.

“We’ll do everything to support its rollout because we think [the] public expects it and we think it will assist in helping to protect children.”